Robert Thompson, FAIA (Fellow of the American Institute of Architects), is founding partner of the Portland firm TVA Architects. He was responsible for the design of some of the most prominent buildings in Oregon during the late twentieth and early twenty-first centuries. His projects have ranged from corporate campuses to high-rise office towers to single-family homes.

Born in Portland in 1953, Thompson attended the University of Oregon School of Architecture, graduating with honors in 1977. He interned in the Portland office of Skidmore Owings and Merrill, where he was heavily influenced by the firm’s commitment to modernism and the international style of architecture. He formed TVA Architects in 1984 with partner Ned Vaivoda and built a practice designing corporate office buildings and residential projects in the Pacific Northwest. The firm changed its name to TVA Architects following Vaivoda’s departure in the early 2000s.

In 1993, at the age of thirty-nine, Thompson was the youngest architect in America to be inducted into the American Institute of Architects’ College of Fellows for his contribution to the profession in the category of design. By 2014, Thompson and TVA Architects had been honored with over fifty local, national, and international awards for excellence in design. Their work has been published in leading journals throughout the world.

In its early years, Thompson’s firm designed mostly suburban office parks, movie multiplexes, and single-family homes. His career took off in 1987 when he was selected to design the Nike World Headquarters, ten miles west of Portland. With that project, Thompson began a long collaboration with Nike, headed by fellow University of Oregon alumnus Phil Knight. The twenty-four-building, 2.2 million-square-foot corporate campus consists of design studios, research labs, restaurants, athletic buildings, and corporate office space. The campus gained international recognition as a model for corporate campus design and was honored as the International Corporate Campus of the Year after the company’s North Campus expansion.

TVA was commissioned by Portland real estate developer Tom Moyer in 1989 to design the Marilyn Moyer Meditation Chapel, in honor of Moyer’s wife. Moyer wanted the chapel to be a place for contemplation, reflection, and meditation for all denominations, and he selected a site on the edge of a 130-foot-high basalt cliff in The Grotto in Portland. The small chapel gained international recognition and appeared on the cover of Architecture magazine in December 1992.

By the mid-1990s, the firm had begun to take on public projects in Portland such as Wilsonville High School in 1995 and the Mt. Scott Community Center in 1997, as well as major commercial buildings such as the Rose Quarter Marriott Hotel. The firm also designed athletic facilities such as the Osborn Aquatic Center in Corvallis and the Goldendale Aquatic Center in Goldendale, Washington.

After 2005, Portland and many other cities experienced a boom in high-density, mixed-use condominium developments. In 2007, TVA’s John Ross Condos in Portland’s South Waterfront district was completed for developers Gerding Edlen and Williams & Dame. The firm also designed the EVO Tower in Los Angeles for the same clients.

Thompson and TVA have played a key role in shaping Portland’s reputation for sustainable design and construction. In 2005, the Ken Griffey Jr. Office Building at the Nike World Campus became the first building in Oregon to receive a LEED (Leadership in Energy and Environmental Design) Gold rating from the U.S. Green Building Council. Other TVA projects have since earned LEED accreditation, including the John Ross and the GSA Social Security Administration Teleservice Center in Washington.

Public projects in Portland designed by TVA include a new home for the weekly retail enclave Saturday Market at Tom McCall Waterfront Park and (with Portland firm ZGF) Director Park in downtown Portland. Each featured a large glass canopy to provide shelter during rainy months.

In 2008, Thompson was the lead design architect for the 12,500-seat, $200 million Matthew Knight Arena on the campus of the University of Oregon. The arena replaced historic McArthur Court and redefined the gateway to the campus. At the close of 2013, TVA’s design for the thirty-story Park Avenue West Tower in downtown Portland resumed construction after being halted in 2009 due to financial difficulties incurred by the building’s developer during the economic recession.

In 2014, Thompson was designing Nike’s new 600,000-square-foot Asian Headquarters in Shanghai, China, which will include a retail and merchandizing center and a nine-story, 300,000-square-foot office building. In addition, TVA is leading the design effort with Nike on the development and rebranding of their Flagship Field House Retail Stores in Portland, Dallas, Los Angles, New York, Boston, San Francisco, and Chicago. 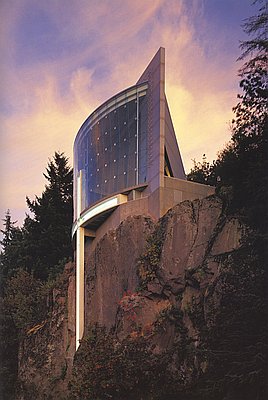 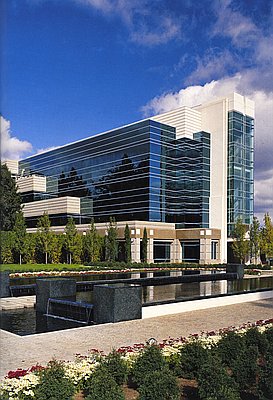 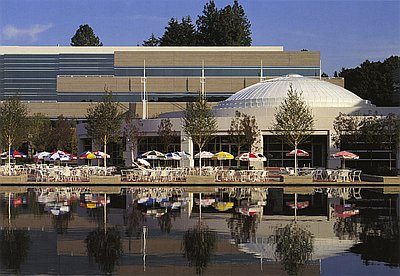 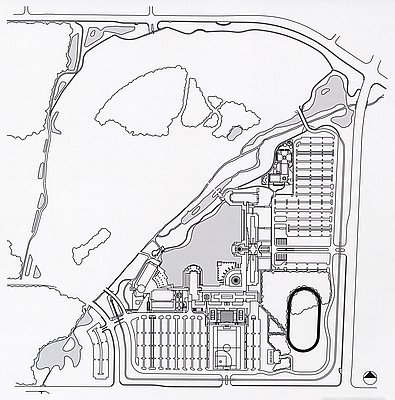 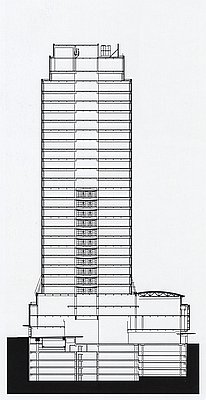 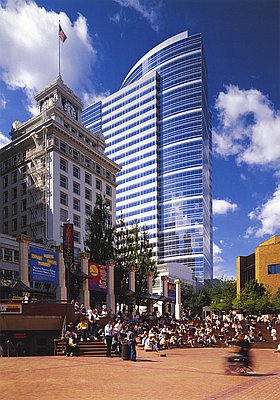 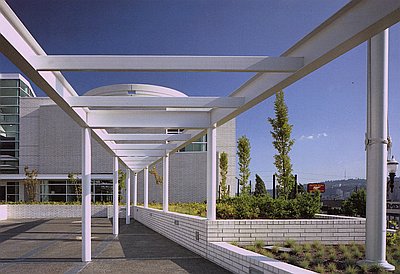 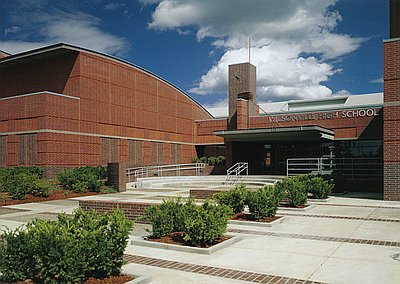