Establishing a public library in Marshfield was a “labor of love” for Agnes Ruth Sengstacken. She "embraced progress," historian Stephen Dow Beckham writes, "and used it as a lever to improve the quality of life on Oregon's southwest coast."

Her parents, Freeman and Esther (Selover) Lockhart, had immigrated to Oregon in 1851, traveling with a wagon train from Thompkins County, New York, and then to Coos County in 1853. Her mother was the first schoolteacher in the county, and her father was the first school superintendent. Agnes was one of the Lockharts' six children, born in 1859 in a two-room log cabin on her parents’ land claim, which eventually became the town of Myrtle Point.

Agnes Lockhart's older sister Lillias married Henry Sengstacken, a German-born businessman who had come to Coos County in 1874 to manage coal mines in the area. Lillias died in childbirth in 1890, and Henry Sengstacken and Agnes married in 1891.

An accomplished lecturer and the author of numerous poems and articles, Agnes Sengstacken published A Legend of the Coos in 1909; in 1942, at the age of eighty-three, she published Destination West, the story of her mother's life as a pioneer woman. She also was known as an expert on local shells and fossils and was a significant collector of Native American baskets and clothing.

Sengstacken began efforts to form a public library for Marshfield in 1906, backed by members of the Progress Club, which she had helped found two years earlier. The club—a literary society and civic betterment organization—is among the longest continuously operating community groups on Oregon’s south coast.

The Marshfield Public Library opened in June 1910 in Henry Sengstacken’s office building. Fittingly, the original registry of borrowers shows that the first name recorded was that of Mrs. Henry Sengstacken. After a fire destroyed the Sengstacken building, the library moved into the J.S. Coke Building (which later became the American Building). A permanent library board was appointed, with Agnes Sengstacken as president. She served on the board for twenty-seven years.

In 1913, Sengstacken was instrumental in obtaining $12,500 from the Carnegie Foundation for a permanent library building. She headed a committee to establish a book fund required by the grant and supported the city’s efforts to acquire land and establish a library operating fund. The building was formally dedicated to the citizens of Marshfield in 1915. Sengstacken made the presentation speech.

With the help of the Works Progress Administration, the Agnes Sengstacken Children's Reading Room opened in the library in 1941. Sengstacken died seven years later, at the age of eighty-nine in Long Beach, California. 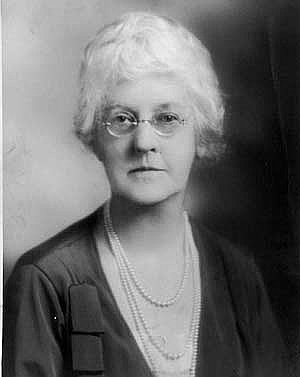