The South Slough National Estuarine Research Reserve (SSNERR)—an element of the South Slough watershed and inlet—is part of the larger Coos estuary and watershed located on the southern Oregon Coast. The rich biodiversity of the estuary has attracted people for more than 1,500 years, and it continues to play a vital role in the commercial, ecological, and recreational life of the South Coast.

In around 500 AD, the Miluk people began to inhabit South Slough, living in seasonal camps and small villages of about a hundred people. They subsisted on deer, elk, seafood, berries, seaweed, and edible plants and roots, and their shell middens (refuse heaps) and fish weirs (traps) are still present along shorelines. Euro-Americans began settling the area in the 1850s and established farms and homesteads, logging operations, and commercial fishing. In the late 1880s, the bay mouth was stabilized and marshes were drained, channels dredged, lowlands filled, and forests logged to support the development of agriculture and marine commerce. The fishing village of Charleston was established at the junction of the Coos and South Slough estuaries.

The SSNERR was the first reserve designated by the Coastal Zone Management Act of 1972. The reserve is part of the National Estuarine Sanctuary (now Research Reserve) System, a network of estuarine habitats protected and managed for long-term research, education, and coastal stewardship. The reserve comprises 4,800 acres running north-south along Winchester Creek.

In 1974, Oregon was awarded $400,000 in federal funds for the initial land acquisition and management of the reserve. An equal amount of funding came from state funds, private contributions, and discounted land sales. The Nature Conservancy negotiated the purchase of property on behalf of the state. By 1978, the Division (now Department) of State Lands (DSL) had purchased 72.6 percent of the area originally proposed.

Acquisition within the original administrative boundaries of the reserve was completed in 1991 with the addition of a 174-acre tract in the Winchester Creek and Cox Canyon drainages, owned by George and Marian Tracy. The DSL holds title to the lands within the SSNERR and manages them as assets of the Common School Fund for the State of Oregon.

The SSNERR encompasses a mixture of open water channels, tidal and freshwater wetlands, riparian areas, and forested uplands. The reserve supports and coordinates research, education, and stewardship programs that enhance a scientific and public understanding of estuaries and contribute to improved estuarine management. Estuaries provide habitat for 70 percent of commercially important fish species and are essential for the spawning and maturation of juvenile forms of clams, oysters, crabs, salmon, flounder, and other marine animals. A major focus of the SSNERR is the restoration of the South Slough's original wetlands ecosystem and its indigenous plant, animal, and aquatic species.

The reserve is open to the public. An interpretive center includes staff offices and a 1,500-square-foot lecture hall and meeting room, where the work of local artists is exhibited. There are also interactive educational exhibits, a classroom, and a gift shop and bookstore. In addition to programs for visitors and children, a network of hiking trails and waterways is available to the public. 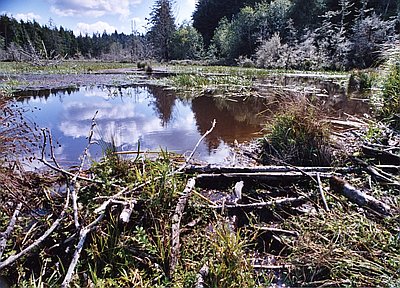 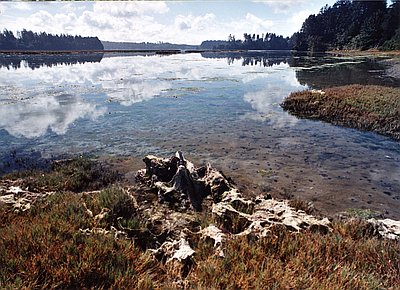 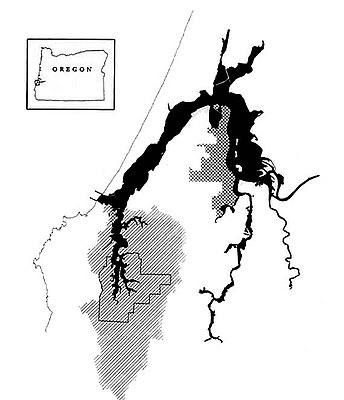