John M. Shively was an Oregon pioneer who was active in territorial affairs as a businessman, lobbyist, postmaster, surveyor, and gold seeker. He was born April 2, 1804, in Shelby County, Kentucky. He taught school and opened a dry goods store before marrying Martha Meade Johnson in 1836. In the Panic of 1837, he lost five stores that he had built in St. Louis, and he became a surveyor. When his wife died in 1842, he decided to go to Oregon.

As a promoter for immigration to Oregon, Shively enlisted 300 people to travel with him. After failing to receive military protection for the journey from the U.S. Congress and losing the confidence of almost all of his fellow travelers, he left St. Louis in spring 1843 with six others. At Independence, Missouri, he joined the large train that made the first great migration to Oregon. When they reached Fort Hall, Shively was one of thirty who broke off from the rest and made an unsuccessful attempt to find a more direct route to the Willamette Valley. They rejoined the main train at Fort Boise and arrived at Fort Vancouver, by way of Whitman mission and The Dalles, in October.

In 1844, Shively settled on a land claim at Astoria and laid out a town, but the Hudson's Bay Company disputed his claim and forced him to leave the area. In April 1845, he traveled east on the Oregon Trail to St. Louis and then to Washington, D.C., where he lived for more than a year. While there, he participated in the Northwest boundary negotiations, lobbied for mail service to Oregon, and published a guidebook, Route and Distances to Oregon and California (1846), which includes general advice to emigrants.

In March 1847, the U.S. Postmaster General appointed Shively postmaster of Astoria, the first postmaster west of the Rocky Mountains. That summer, he and his second wife, Susan Elliott, traveled to Astoria, carrying the first U.S. mail overland to Oregon. He served as postmaster and justice of the peace in Astoria until he was lured to California by the gold rush in 1849. On his return voyage home the next year, he lost all his earnings in a shipwreck and then learned that he had been replaced as postmaster. From 1851 to 1854, he served as Clatsop County surveyor and road commissioner.

When gold was discovered in southern Oregon in the early 1850s, Shively left for the goldfields and made a a good deal of money at Shively's Gulch near Jacksonville. He eventually returned to Astoria to administer his extensive properties there. His wife Susan died in 1883. Shively died ten years later, on April 4, 1893, after spending five years bedridden in an Astoria hospital. 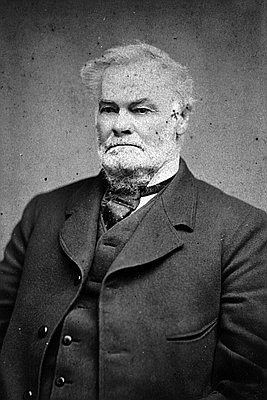 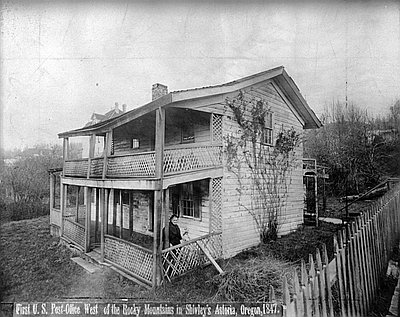