Based on recent research using chloroplast DNA, however, it is clear that the tree is the product of vast and complicated series of hybridizations between noble fir and California red fir. Shasta fir is no more a California red fir or a noble fir than a mule is a horse or a donkey. The Oregon Flora Project refers to Shasta fir as Abies procera x magnifica in recognition of its hybrid state.

Trees with the characteristics of Shasta fir are distributed at higher elevations from Mount Lassen north as far as Mackenzie Pass in Oregon. They grow in the cool moist higher elevation forests above 4,500 feet. Like its presumed parents, the Shasta fir is relatively shade intolerant but may be more resistant to fire than the noble fir.

The young silvertip is a highly desired Christmas tree because of its attractive form and color and its ability to keep its needles. It is a desirable timber tree because of the quality of its wood. 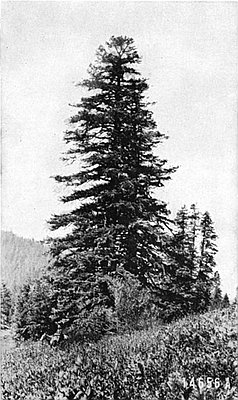 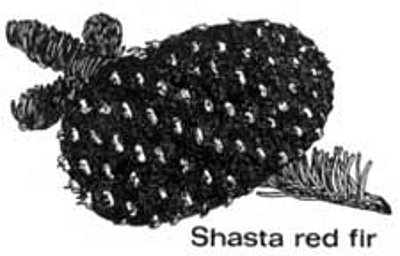 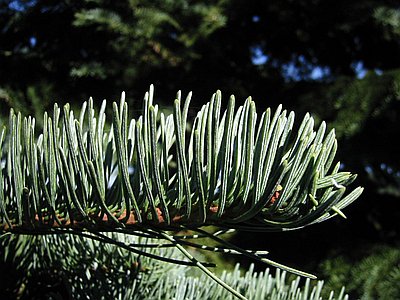