The Salem Brewery Association, incorporated in 1903, was at one time the second largest brewery in Oregon and one of the largest breweries in the Pacific Northwest. It was one of the few breweries in the state to survive the Prohibition years. The Sicks' Brewing Company bought the brewery in 1943 and operated the Salem plant until it was closed in 1953 and razed in 1955. Sicks' Brewing was bought by Molson’s Brewing in 1958.

The history of the Salem Brewery Assocation begins with the Pacific Brewery, opened by Samuel Adolph at Trade and Cottage Streets in Salem in 1862 to produce lager for local bars. When the brewery burned down in 1869, he rebuilt the business, which he named the Salem Brewery, at the corner of Trade and Commercial Streets. Employees Maurice Klinger and Seraphin Beck bought the company in 1885, renamed it Klinger-Beck Capital Brewery, and operated it as as a public house, producing draught beer.

In 1899, the Brewery expanded across Trade Street to increase production, and the company upgraded the brewery in 1906 to a two-story building at a cost of $35,000. Half of the Trade Street plant, now called the Capital Brewery and Ice Works, was devoted to the production of beer, and half was used for refrigeration and ice production. Seraphin Beck died in 1900, and the property was sold at auction to Margaret Beck, Seraphin’s widow.

Margaret Beck operated the brewery until 1903, when she sold it to Leopold Schmidt of the Olympia Brewery Association through their agent Stanislaus Zynda. The company was renamed the Salem Brewery Association, and Zynda remained until 1904 as head of operations. Production, which was expanded to ten thousand barrels a year, used a million pounds of hops a year, most of which was grown near Salem. It produced the popular Salem Beer, which was sold along the West Coast, including in Alaska.

In 1906, the Salem Brewery Association purchased the Albany Brewing Company, which had an output of eight thousand barrels a year. The City of Albany had banned alcohol sales that year, and the Albany brewery was stripped of its equipment to upgrade the brewery in Salem. A year later, the Association expanded its plant—adding a steel wash house, a racking room, a bottling house, and a large cold storage room—and purchased the Shasta Brewery from Frank Bucher of Redding, California. The company installed ice-making and bottling operations at the plant and produced Salem Beer for sale in northern California. At about the same time, the Salem Brewery Association advertised in local newspapers that beer was "liquid food" and a family beverage.

In 1910, the company boasted that it produced over a million bottles a year, and within two years the brewery had been enlarged to four floors, with triple the capacity of the old plant. A year later, production included Salamander Braü, which was marketed to German university students as part of an effort to emphasize the German heritage of beer production.

The Salem Brewing Association moved its management operations to Portland when the City of Salem prohibited the consumption of alcohol in 1913, before state Prohibition in 1915 and national Prohibition in 1920. It closed its Portland office and ceased beer production two years later when the statewide ban against the sale of alcohol took effect. The Salem Brewery merged its bottling and refrigeration operations with H.S. Giles of the Northwest Fruit Products Company, which bottled and sold fruit juice in part of the brewery’s plant until Prohibition was repealed in 1933. Frank Deckebach, vice president of the brewery, used the facilities to operate the newly formed Marion Creamery, which relocated farther south on Commercial when beer production resumed.

The Salem Brewery Association was reincorporated in 1933 under the leadership of former employees and brewmasters Frank Schmidt (Leopold’s son) and Kola Neis. Sales of their Salem Beer were slow, and Schmidt and other employees began leaving the company in 1937. During World War II, the company produced Victory Club Beer, Yankee Beer, and Polar Brew; it briefly produced Brown Derby Beer for Safeway and Balco Beer and Columbia Club for other nationally sold beer brands.

Local brewmaster George W. Stackman was in charge of operations beginning in 1940, when the brewery produced Oldstyle Pale Export in cans for Silver Springs Brewing Company of Tacoma, Washington. The Salem Brewery Association was purchased in 1943 by Emil G. Sick of Associated Breweries of Canada, which owned Rainier Brewing in Seattle. The Association changed its name to Sicks’ Brewing Company the next year. The Salem Plant made Sicks’ Select Beer and introduced Brew 66 in 1951. When Sick decided to close the Salem plant in 1953, it was producing 75,000 barrels a year, or 27 million bottles. The brewery building was razed in 1955. 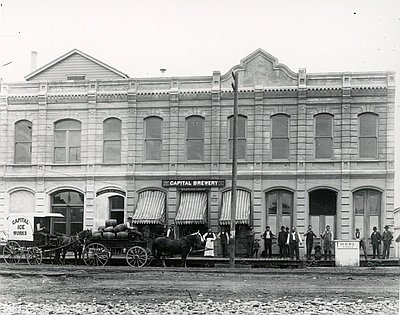 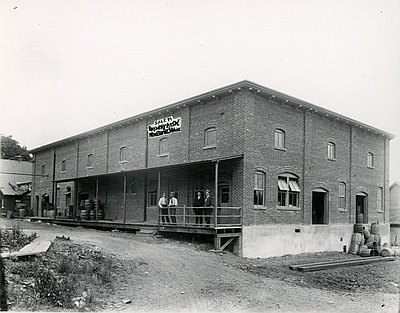 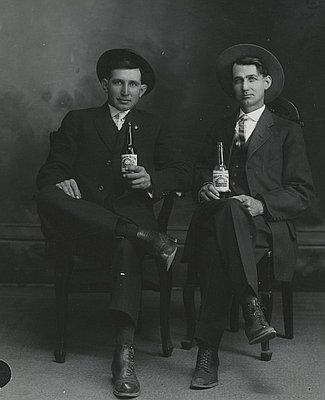 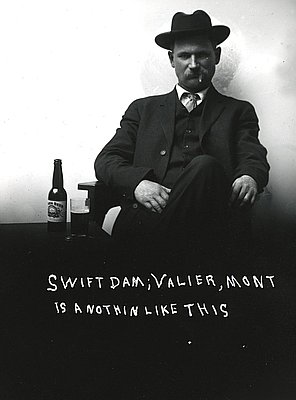 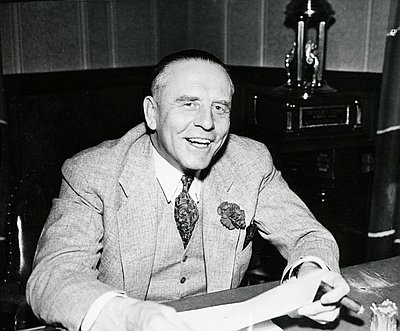 Founded in 1987 in Hood River, the Full Sail Brewing Company is one of the earliest craft breweries in Oregon. Originally called the Hood River Brewing Company, the company now produces about 100,000 barrels of beer a year, sold in bottles, cans, and kegs in twenty-eight states.

Hops are perennial, cone-producing, climbing plants native to Europe, Asia, and North America. While originally cultivated for ornamental or medicinal purposes over a thousand years ago, brewers across Europe began to use hops to flavor and preserve beer by the fifteenth century. The practice continues to the present as brewers worldwide use …

The inaugural issue of the Roseburg Ensign, on April 30, 1867, advertised “Lager Beer, Apple Brandy, Peach Brandy, Whiskey, Cider, Etc., Etc.,” sold by one of the earliest businesses in town, the Mehl and Rast Brewery. Gottlieb Mehl had started the business in the 1850s after filing a Donation …