In July 1883, the Oregonian announced a “grand athletic tourney” at Portland's Mechanics Arena. Among other activities, “the sciences of Greco-Roman and Scotch back-hold wrestling will receive a practical demonstration by the champion of the world, Donald Dinuie, Portland’s greatest athlete, and against him will be pitted one worthy of his efforts.” The event appears to be the city's first professional wrestling match.

It was not long before the tournament at the Mechanics Arena and other, similar events provoked questions about the sport’s propriety. Under a headline reading “The Great Wrestling Match,” the August 7, 1883, Oregonian commented: “It has been asked…whether it would be proper for ladies to attend the wrestling match…and whether the exhibition will not be distasteful to persons of refined feelings? In answer, it may be said that ladies attended the wrestling contests in San Francisco in large numbers....There should be no breach of decorum and those who admire the display of physical strength, endurance and skill will no doubt be well entertained.” Thus did professional wrestling take its place as a regular if not highly regarded attraction in Portland and other Oregon locales.

In the late 1920s, Eugene-area farmer Herb Owen began promoting boxing matches, using local venues and mostly local talent. Then he expanded into wrestling. The first of his cards to gain attention was an April 1929 match between George “Wildcat” Pete of Eugene, the junior middleweight wrestling champion of the world, and Gus Kallio, the middleweight champion. Kallio won the contest, the Oregonian reported, with "a head scissors and hammerlock." Owen’s son Don eventually took over the business and led it into what popular wrestler Dutch Savage called “the golden years” of Portland wrestling.

Portland's first television station, KPTV (Channel 27), went on the air on September 20, 1952. Not long after, representatives of the old Heidelberg Brewery in Tacoma, Washington, in search of a way to exploit the new advertising medium, showed up at Don Owen's farm west of Eugene. They asked whether he'd be interested in putting his shows on television. "My clothes were all dirty and covered with manure," Owen recounted years later. "I told these guys, 'I'm tired; I've been up all night with a sick cow. I haven't got time for you.'" But Owen thought it over and signed on with the beer company.

Portland Wrestling went on the air live at 8:30 pm on Friday, July 10, 1953. Before long, network programs pushed it from prime time to a taped hour at 11 pm. The show moved to KOIN in 1955, returning to KPTV in 1967, and along the way shifted to Saturday nights. At some point, furniture/appliance marketing maven Tom Peterson became the show’s sponsor.

The venue for the show's early years was the 1891 Portland Armory (today’s Gerding Theater). Radio and television personalities presided in what was known as the "crow's nest," ostensibly to provide spoken continuity to the mayhem below. At various times came Frank Bonnema, Gordon White, Ivan Smith, Bob McAnulty, and Barney Keep. Owen himself occasionally took ring center to denounce, in tight-lipped cadence and tone reminiscent of an irate English nanny, some particularly dastardly infraction by one of his stars.

When the Blitz-Weinhard company bought the Armory from the state in 1968 to use as a warehouse, Owen bought a former bowling alley in north Portland. He christened it the Portland Sports Arena and moved the wrestling shows there. 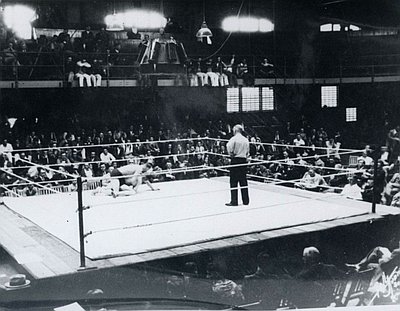 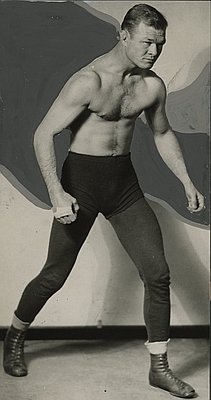 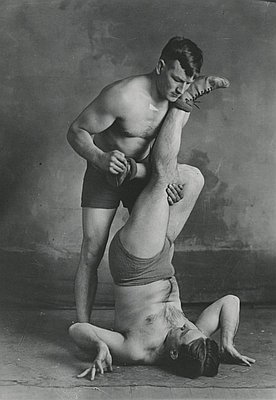 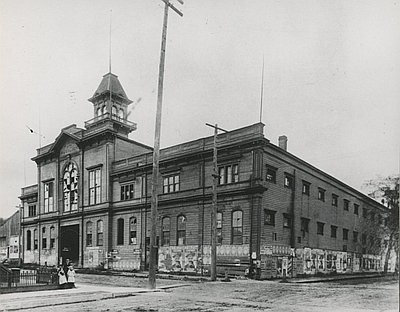 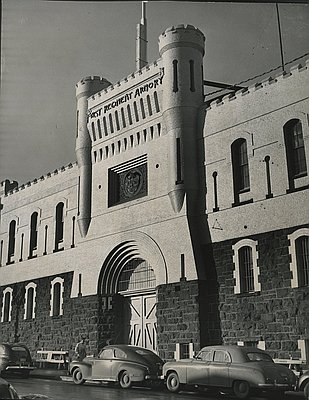