In 1909, Grace Phelps began an activist career that would define her significant contributions to Oregon nursing. Portland attorney Sylvanus Kingsley, her brother-in-law, would later say of her: “The betterment of conditions for nurses was in fact her primary objective in life.”

Born to a large Quaker family in Westfield, Indiana, on September 5, 1871, Phelps trained as a nurse at Cincinnati General Hospital in Ohio, graduating in 1900. As was the case for all nurses at the time, she began practice as a private duty nurse. From 1905 to 1908, she advanced to the position of superintendent of a children’s hospital in Indianapolis, Indiana. She moved to Portland the next year, working as an office nurse and anesthetist for a local otolaryngologist.

Phelps's activist agenda included advocating for the registration of nurses (1909-1911), founding a professional association (now Oregon Nurses’ Association), and organizing home-nursing courses for the American Red Cross. She also advocated for baccalaureate nursing education for nurses in Oregon. In 1915, she completed a post-graduate course in hospital management at St. Luke's Hospital in San Francisco. Returning to Portland, she accepted the position of superintendent of nurses at Multnomah County Hospital.

Phelps’s service during World War I was exemplary. As the organizer of nursing services for the Portland Red Cross center and subsequently as the chief nurse for Base Hospital 46 in Bazoilles-sur-Meuse, France (the University of Oregon Medical School unit), she quickly demonstrated her management ability. When asked to submit the names of ten nurses for immediate deployment, for example, she had the nurses identified and committed, even though all of them were working at the time. When the demand was increased to 100 nurses, she needed only a few days to fill the quota. The group did not deploy immediately, and Phelps kept them ready during the ensuing months. After Base Hospital #46 closed in January 1919, Phelps transferred to Rouen, France, to head Base Hospital 81. She returned to Portland in July 1919.

In Portland, Phelps once again volunteered with the American Red Cross, teaching home nursing as well as assuming organizational responsibility as the assistant to the chair of the Portland chapter. She also continued an active advocacy for nursing education and classification of nursing as a profession with the federal government. From 1920 to 1926, she was the superintendent of the Portland Eye, Ear, Nose and Throat Hospital. Some consider her most profound accomplishment to be her work at Doernbecher Memorial Hospital for Children, where she was superintendent from 1926 to 1942.

Phelps’s volunteer activities in nursing and her service to several Portland-based women’s groups earned her many awards and citations. Her accomplishments were recognized in 1982 when the Oregon Lung Association named her one of the notable Women in the History of Oregon.

Grace Phelps died in the Portland Veterans Hospital, which she had been instrumental in developing, on June 19, 1952. At her death, Sylvanus Kingsley remembered that Phelps was not a person given to self-aggrandizement and suggested that her likely comment would be “That’s that!" 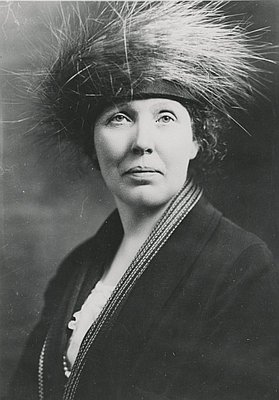 Calkins, Jeannette, ed. “The superintendent of Doernbecher Hospital.” The Oregon Clubwoman: Official Publication of the Oregon Federation of Women’s Clubs 21:8 (May 1935): 6.