Fiction writer and journalist Chuck Palahniuk (pronounced paula-nick) was born on February 21, 1962, in Pasco, Washington. He attended the University of Oregon’s School of Journalism, graduating in 1986, and began his journalism career at National Public Radio station KLCC in Eugene before moving to Portland to work for the Oregonian. He also worked as a diesel mechanic for Portland-based Freightliner and volunteered for a Portland-area hospice program. He now researches and writes full time and lives in both Portland and Washington State.

Palahniuk’s fiction is often darkly comic, incisively satirical, and written in a staccato rhythm that strings together a collage of moments, which he likens to the jump-cut technique of Citizen Kane. He developed this distinctive style in the Portland writing workshops of Tom Spanbauer. Palahniuk’s works have also been associated with a movement labeled “transgressive fiction,” which creates characters seeking to transcend the psychological and material conformities imposed by their societies. Fight Club (1996), his first and most popular novel and the winner of a 1997 Oregon Book Award, is written in this mode. Director David Fincher made the novel into a movie in 1999, and Palahniuk published it as a graphic novel, Fight Club 2, in 2016. He is also the author of Survivor (2010), Beautiful You (2015), Make Something Up: Stories You Can't Unread (2016)

Palahniuk’s nonfiction work examines people, places, and narratives that reveal elements of society that people often miss or dismiss. Fugitives and Refugees: A Walk in Portland, Oregon (2003) is part travel guide (for out-of-towners and die-hard insiders) and personal memoir that takes readers to the world’s largest hairball at Mount Angel Abbey and Seminary, the historic underground tunnel tours, sundry strip joints, and the 1940s Self Cleaning House.

Through his satirical voice, Palahniuk has pushed Oregon literature in bold directions. He inspires a younger generation of Oregonians to recognize that the literary arts are a vital and vibrant vehicle for examining and interpreting human experience. 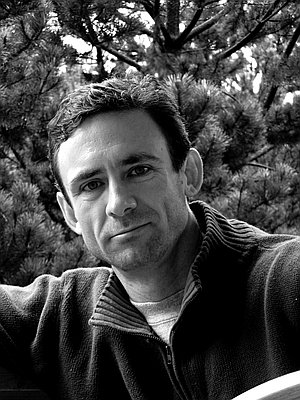