For over a hundred years, the Oregon Zoo has given visitors the opportunity to see and learn about animal species, their habitats, and the conservation efforts taken to protect them. Its many educational services are designed to help raise awareness and funding for the protection of animal species in an attempt to further its mission: “Caring now for the future of life.”

Located west of downtown Portland, the Oregon Zoo has about 2,200 different types of animals—including Asian elephants, African lions, Amazonian poison dart frogs, and Peruvian penguins—and over 1,000 species of plants in a botanical garden. Following many years of active involvement in animal conservation, the zoo has 21 species of animals that are endangered and 33 that are threatened. Seven main exhibits depict different geographical locations and the animals that live there: the Great Northwest, Pacific Shores, Fragile Forests, Asian Islands, Asia, and Africa.

The history of the Oregon Zoo begins with Richard B. Knight, a pharmacist living in Portland near the Willamette River who had an interest in exotic animals. His pharmacy became the home to parakeets, monkeys, and other small animals from sailors who acquired the animals during their travels. He also owned two bears, which became too much to handle and were donated to the City of Portland on November 7, 1888. The city established the Portland Zoo in Washington Park to house the animals. In 1954, a $3.85 million bond issue was passed to finance a new facility on the West Hills Golf Course in Washington Park.

The new zoo, opened in 1959 and named Portland Zoological Gardens, followed about 60 percent of the plan detailed in the levy. The levy also financed the Zoo Railroad, a four-mile, thirty-five-minute loop around the perimeter of the zoo.

In 1962, under the leadership of Jack Marks, the zoo's longest-serving director, the Portland Zoological Gardens was the site of the birth of Packy, the first Asian elephant born in the United States in forty-four years. Packy's birth helped solidify the Oregon Zoo as the world's most successful elephant breeding program.

The Children’s Zoo opened in 1963, attracting 149,000 visitors that summer to its petting zoo, boat rides, merry go-round, and interactive exhibits.

In 1971, the Portland Zoological Society began managing the zoo. In 1976, management passed to the Metropolitan Service District, a $10 million levy passed to cover expenses, and the zoo was renamed the Washington Park Zoo. Four years later, the Asian elephant exhibit and primate house were remodeled with support of a $15 million serial levy.

The zoo was renamed the Oregon Zoo in 1998. Over the next thirty years, it was financed with a Metro tax, zoo admissions and concessions, grants, donations, and levies. The 2012 budget is $23.4 million.

In the twenty-first century, the Oregon Zoo emphasizes conservation, endangered species, and natural habitats for animals. Part of the funding comes from the U.S. Fish and Wildlife Service's Endangered Species Justice Fund, which forces those who violate state wildlife laws to pay fines to the zoo’s Future for Wildlife Program, which promotes the conservation of zoo and other animals. In 2011, the Oregon Zoo worked with the U.S. Fish and Wildlife Service to raise endangered western pond turtles and return them to their natural habitat.

About 1.5 million people visit the Oregon Zoo each year to view the exhibits and special events such as elephant breeding, Packy’s Birthday Bash, Zoolights, and summer concerts. Visitors can learn more about the zoo’s animals through educational services available to the general public and school and senior groups. The zoo has 170 employees and over 2,100 volunteers. 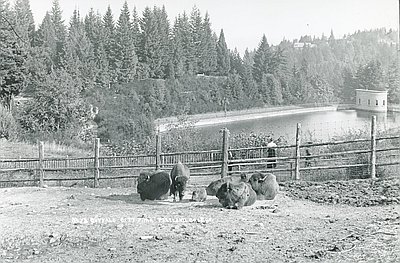 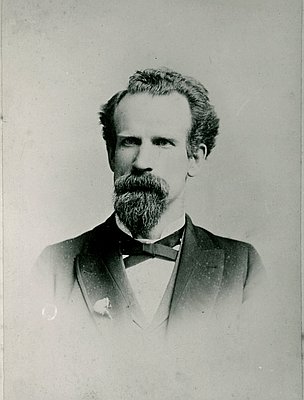 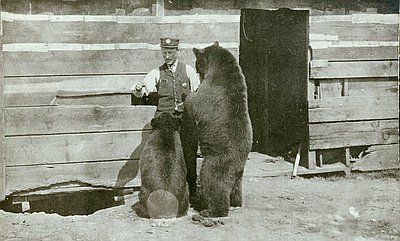 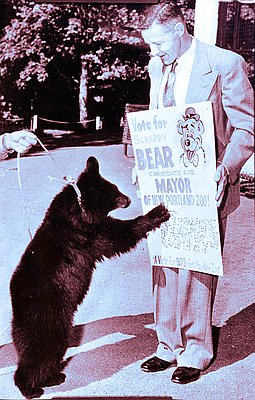 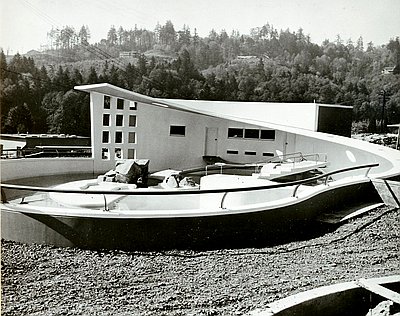 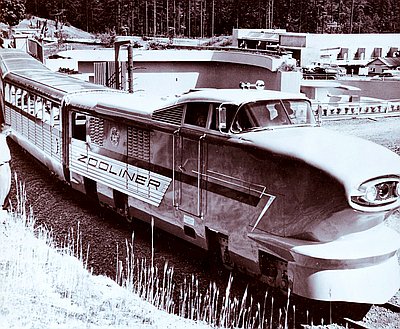 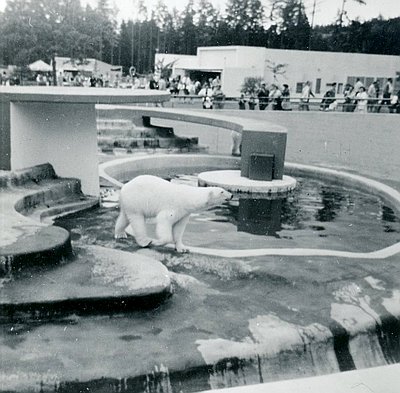 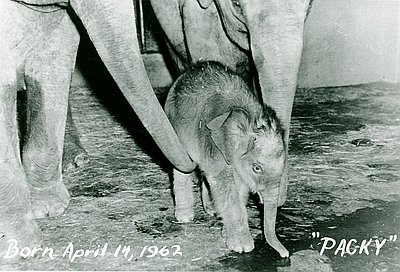 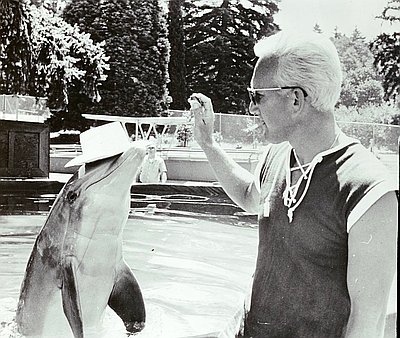 Maberry, Matthew and Patricia Maberry. Packy and Me: The Incredible Tale of Doc Maberry and the Baby Elephant Who Made History. As told to Michelle Trappen. Portland, Ore.: Arnica Publishing, Inc., 2011.

Oregon Museum of Science and Industry

On April 14, 1962, the Portland Zoological Gardens (now called the Oregon Zoo) made history when a 225-pound Asian elephant was born to parents Thonglaw and Belle. The elephant was known as Fuzzy Face for the first few weeks of his life, until Portland radio station KPOJ sponsored a baby-naming …