Miles and miles of windblown sand. The Oregon Dunes stretch for fifty-four miles, from Heceta Head north of Florence to Cape Arago just south of Coos Bay. Well over 100,000 years old, this dune complex of roughly 40,000 acres covers the largest area of any dune system on the West Coast of North America. Its eastern boundary is more than three miles from the shore for much of its length.

In 1972, Congress set aside 32,186 acres of the total dune complex as the Oregon Dunes National Recreation Area (ODNRA), to be managed by the U.S. Forest Service. The State of Oregon manages William M. Tugman, Jesse M. Honeyman, and Joaquin Miller State Parks and Darlingtonia Botanical Wayside, located in the Oregon Dunes adjacent to the ODNRA. The rest is private or county land. The area offers solitude for hikers and campers and is one of the most popular off-highway-vehicle (OHV) riding areas on the West Coast.

Recent studies have determined that the youngest dunes, which were formed over the last seven thousand years, are nearest the ocean. The higher dunes to the east were formed more than 20,000 years ago, and the tops of some of the higher dunes were last active more than 100,000 years ago. Analyses of the chemical makeup of individual sand grains point to the Umpqua River, just west of Reedsport, as the primary source of the Oregon Dunes, with contributions from the Siuslaw and other, smaller rivers.

Nearest the beach, the first prominent dune form is the foredune, a 25-foot-high ridge covered in grasses that runs more or less continuously along the Dunes shoreline. Inland lies the deflation plain, a low-lying area with occasional seasonal ponds and low transverse dunes oriented perpendicular to the prevailing seasonal winds. Farther inland, the oblique dunes stand 200 feet or more above sea level, their ridgelines formed by the interaction of prevailing summer winds from the north-northwest and winter winds from the south-southwest. South of Florence and north of Coos Bay are well-developed parabola dunes, long fingers of sand reaching into the surrounding forest.

The Oregon Dunes is a land of many lakes. The largest of them are barrage lakes, formed when rapidly developing dunes dammed streams flowing west from the Coast Range foothills. Mercer, Woahink, Siltcoos, Tahkenitch, Clear, and Tenmile Lakes are good examples. Only Siltcoos, Tahkenitch, and Tenmile Lakes are drained by creeks that flow into the Pacific Ocean. A number of small inter-dune lakes, such as Lily Lake to the north and Saunders, Beal, and Horsfall Lakes to the south, are largely fed by seasonal precipitation.

European beach-grass (Ammophila arenaria) was first introduced along the Oregon coast in the late 1930s to stabilize open sand near roads and campgrounds. With no natural predators, the plant is changing the Oregon Dunes in ways not anticipated or understood until the late 1980s. European beach-grass is primarily responsible for the development of the artificially high and continuous foredune and for creating conditions that support abundant vegetation in the deflation plain. Absent human efforts to control its spread, European beach-grass will continue to advance into the shrinking open dune areas, eventually resulting in a change in this once open expanse of sand to forest. 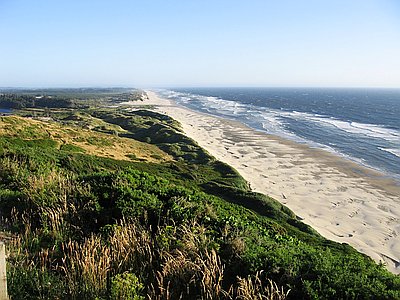 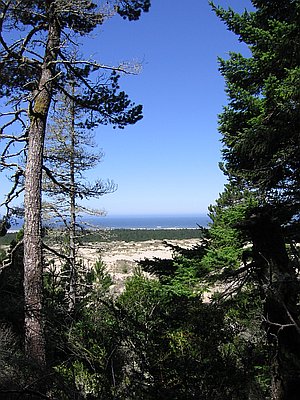 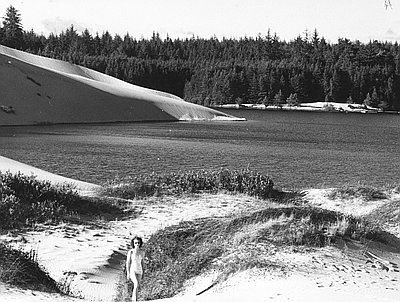 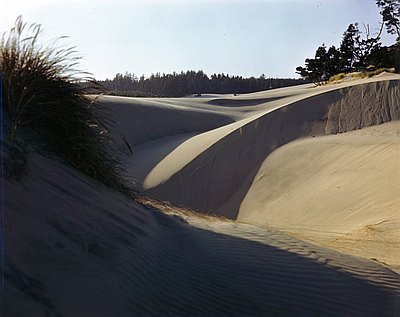 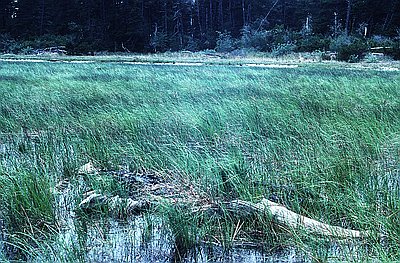 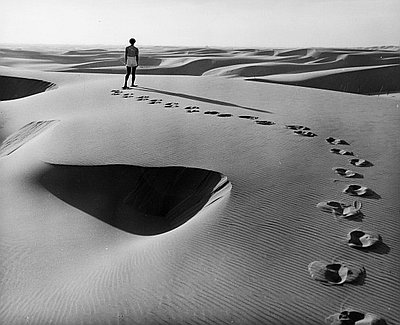 Created by Congress in 1972, the Oregon Dunes National Recreation Area (ODNRA) provides federal management for the largest expanse of sand dunes on the West Coast. Located between Coos Bay-North Bend on the south and Florence on the north, the dunes cover an area approximately forty miles long and …