Modest country churches are rare on the twenty-first century Oregon landscape. The North Palestine Baptist Church in Adair Village, built in about 1883 and listed in the National Register of Historic Places in 2013, is one such building. Acknowledged for its simple, elegant blend of Classical Revival and Gothic Revival architectural elements, it is one of the oldest surviving church buildings in Benton County. A one-room meetinghouse, the church’s central entrance, with pediment and paneled surrounds, is a clear reflection of classical antecedents; and its tall, four-over-four windows and steeply pitched gable roof refer to the spare Gothic Revival tradition so often used on mid- to late-nineteenth-century rural church buildings.

The First Baptist Church of Corvallis, organized in 1851, was the eleventh Baptist congregation to be formed in the Oregon Territory. By 1856, the membership had become so scattered that the decision was made to divide the congregation geographically. The land on which the North Palestine Baptist Church was originally located was part of Tolbert Carter’s Donation Land Claim, situated about eight miles north of Corvallis. Carter and his younger brother Smiley had traveled overland in 1846 and were among the first to travel the newly established southern route—the Applegate Trail—into the Willamette Valley. Carter and his wife Martha were active members of the North Palestine Baptist Church for decades.

Over a period of twenty-five years, three separate committees were responsible for drafting plans for a meetinghouse. According to church records, the small congregation finally had the building constructed between April 1882 and March 1884. Regular church services were held in the North Palestine Church until the mid-1930s. It served as a community meeting place for local groups, including the Willing Workers, a group organized in 1916 by farm women to provide a support system for women and families who lived in isolated rural areas.

After ownership of the meetinghouse was transferred from the North Palestine Baptist Church congregation to the North Palestine Cemetery Association in 1953, the Willing Workers continued to use and maintain the building. When the Cemetery Association voted to expand the cemetery, an action that necessitated the removal of the church, the Willing Workers were instrumental in preserving and relocating the building.

Despite some discussion about demolishing the building, ownership of the meetinghouse was transferred to Benton County. In 2010, the county had the building moved from its original location on Palestine Avenue Northwest to a site several miles west to Adair Village, where it serves as a community gathering place. 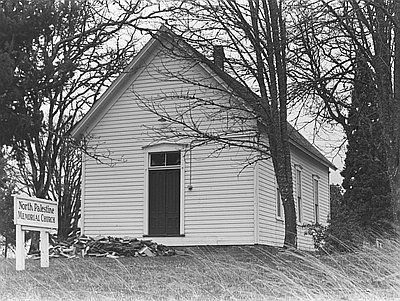 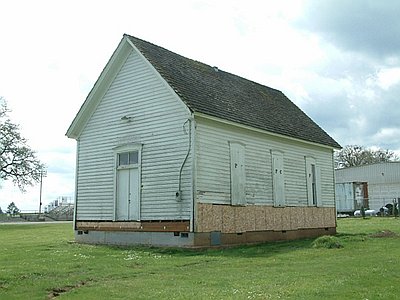 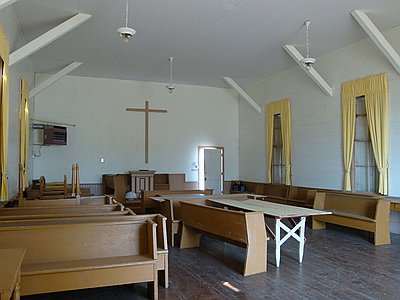 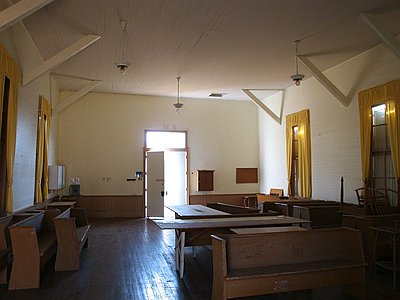