Kenneth A.J. Mackenzie made lasting contributions to the development of medical education in the Pacific Northwest through his tireless efforts to establish a first-class academic medical center in Portland. In his eight years as dean of the University of Oregon Medical School (UOMS), Mackenzie laid the groundwork for a preeminent medical school through development of a highly trained faculty, insistence on curricular advances, and construction and maintenance of excellent facilities. His deanship marked a turning point in medical education in the Pacific Northwest.

Kenneth Alexander James Mackenzie was born in Cumberland House, Saskatchewan, in 1859. After obtaining his medical degree from the McGill University Faculty of Medicine in 1881, he studied at the Royal Infirmary and Surgeon’s Hall in Edinburgh, Scotland. He returned to North America in 1882 and settled in Portland at the advice of friend Donald Macleay. He immediately established himself in private practice and, in 1883, secured a position as an instructor at the Willamette University Medical Department (WUMD). Mackenzie was among the group of disgruntled faculty who broke from WUMD in 1887 to form the University of Oregon Medical School (UOMS).

An eager participant in medical organizations, Mackenzie was one of the founding members of the Portland Medical Society in 1884. In 1887, he became the youngest president of the Oregon State Medical Society. In 1908, he was one of the first western physicians to join the American Surgical Association. He was also instrumental in founding the North Pacific Surgical Association, the oldest surgical society west of the Mississippi, in 1912. In 1913, he became a charter member of the American College of Surgeons.

Mackenzie was named dean of UOMS in 1912. In 1910, both UOMS and WUMD had received poor reviews in a national report on medical education in America (popularly known as the Flexner Report). As a result, the two schools merged on March 23, 1913. In response to the report’s criticisms, Mackenzie made great efforts to improve the curriculum, raise admission standards, and recruit paid faculty to the school.

Mackenzie worked ceaselessly to establish Portland as a center of academic medical excellence. He encouraged the Oregon-Washington Railway & Navigation Company to donate 25 acres atop Marquam Hill for a school campus. In 1915, the state appropriated $110,000 for the school, and Mackenzie raised nearly $50,000 in gifts for the construction and outfitting of the first unit.

Upon the United States' entry into World War I in April 1917, Mackenzie established Base Hospital 46, a volunteer unit organized out of the medical school, and also concentrated on his work as the first chairman of the Portland chapter of the Red Cross. Additionally, he served as medical aide to the governor of Oregon.

In 1918, Mackenzie's dream of an academic medical center was realized with the completion of the first unit of the Medical Science Building on Marquam Hill. Recognizing that medical education required adequate clinical facilities, he had encouraged the relocation of the Multnomah County Hospital to a site directly adjacent to the new school building. The hospital was under construction when Mackenzie died in March 1920 of angina pectoris. 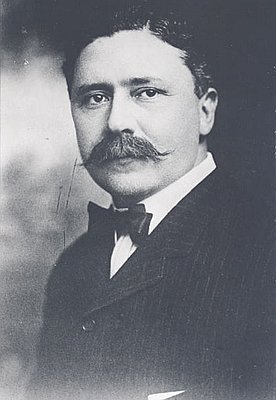