Founded in 1952 as a two-man tire store in Prineville, Les Schwab Tire Centers has become a Fortune 500 Company with well over a billion dollars in annual sales. Its stores—located in Oregon, Washington, Idaho, Montana, California, Nevada, Utah, and Alaska—are recognized by their red and yellow signs. In addition to selling tires, chains, and batteries and offering various services for automobiles, the company produces specialized tires for trucks, drag racers, and other vehicles and operates several tire-retreading plants. Individual stores average about $3.5 million in yearly sales, triple the industry average. Les Schwab Tire Centers is the second largest private company in Oregon and the third largest independent tire chain in the country.

The success of Les Schwab Tire Centers is largely due to its namesake founder, Leslie Bishop Schwab. Born in Bend in 1917, Les Schwab was orphaned at age fifteen. To support himself, he became a newspaper distributor for the Oregon Journal and later the circulation manager at the Bend Bulletin. During World War II, he enlisted in the Army Air Cadets and moved his family to Texas. After the war, the Schwabs returned to Bend and Les resumed his newspaper job, but his goal was to run his own business. In 1952, despite never having worked in the tire business, Schwab bought OK Rubber Welders in Prineville. Within a year, he had increased sales nearly fivefold, from $32,000 to $150,000.

Schwab built his business on customer loyalty. He understood the value of repeat business and word-of-mouth advertising and insisted that employees run out to greet customers. He also established a supermarket concept to allow customers to select tires in a showroom and offered free flat-tire repair and free disposal of tires. Customer service also meant being prepared, and when Firestone recalled 6.5 million tires in 2000, Schwab Tires had already stocked thousands of extra tires and was able to quickly get them to anxious drivers.

Schwab’s other key principle was profit sharing, which he began in the 1950s and formalized as an employee retirement trust in 1966. Schwab Tires returns about half of the company’s profits to employees through an annual dividend, retirement accounts, and education, health, and dental funding. Along with his “share-the-wealth” philosophy went a policy of giving employees access to the company's financial information, which built trust, and a practice of promoting from within to reward loyalty.

Schwab had a flair for marketing that went beyond brightly colored signs. For many years, he appeared in his television commercials wearing his signature cowboy hat and pitching such slogans as “Pride in Performance” and “If we can’t guarantee it, we won’t sell it.” In 1963, he launched a long-running "Free Beef in February" promotion to boost winter sales. When the free-beef campaign was later parodied by a Eugene bicycle dealer offering free tofu with the purchase of a bike tire, Schwab joked that he didn’t know what “toe-food” was.

For all his folksiness, Schwab was a shrewd businessman. Early on, he recognized the need to create his own brand. Schwab established an executive team able to innovate and grow his business throughout the Northwest. After a heart attack in 1983, he appointed Phil Wick as CEO and tried to reduce his work schedule. Wick was succeeded in 2006 by longtime Schwab executive Dick Borgman.

The business has evolved in several ways. To keep prices low, the company has become a significant buyer of Asian tires, at one point taking advantage of the 1998 Asian currency crisis to buy tires at bargain prices. As the price difference between new tires and retreads decreased, Schwab discontinued its line of retreads for passenger cars. Addressing environmental concerns, the company has phased out lead tire weights and developed partnerships for tire recycling and reuse.

Both of Les Schwab’s children predeceased him, Harlan Schwab in 1971 and Margaret Schwab Denton in 2005. With Les Schwab’s death in 2007, the company is in the hands of his four grandchildren, all of whom are on its board. Les Schwab Tire Centers has recently begun to hire executives from other retail sectors and in 2008 moved its corporate headquarters from Prineville to a 120,000-square-foot, $33 million headquarters in Bend. 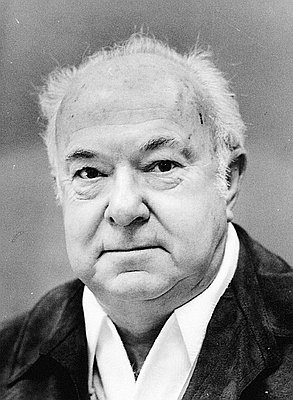