Nard Jones—novelist, historian, and journalist—wrote prolifically about Oregon and the Pacific Northwest, publishing more than a dozen novels and numerous articles and nonfiction works. He was a "Salmon Eater, an Apple Knocker, a Rain Worshipper, a Sagebrusher, and a Whistle Punk from the Big Woods," he wrote in his 1947 novel Evergreen Lands. "In brief, ...a Pacific Northwesterner." His diverse undertakings in writing as both a journalist and a fiction writer are perhaps also indicative of his refgional identity, since the northwest he knew required many trades in one person.

Born in Seattle, Washington, Nard Jones spent his high school years in Weston, Oregon, an experience that became the basis for Oregon Detour (1930). Jones’s other Oregon novels, Swift Flows the River and The Scarlett Petticoat, depict Oregon explorers, pioneers, colonizers, and historical figures such as Donald McTavish, the commander of Fort George, and Chinook Chief Concomly.

Swift Flows the River, Jones’s most popular novel, is framed by historical events including the gold-prospecting party led by Captain E.D. Pierce and the 1856 conflict between Indians and whites on the Columbia River. Narrated by the boy Caleb Paige, the novel begins with a pioneering, colonizing vision of the Oregon Territory. Caleb’s father is furious when the commander of the Pacific Division remarks that “the Northwest was fit for nothing but an Indian Reservation”—angry not because of the denigration of Native Americans, but because of the insult to the status of the Oregon Territory. Jones’s historical characters presuppose that the region will gain national stature, and plot developments are tailored to reflect the historical trajectories of exploration and development in the Northwest.

Jones’s corpus is emblematic of the region in its ambivalence to colonial development and is best understood with reference to the history of writing about the promising but unsettled Oregon territory. Thus, like the mountaineer Joe Meek in Francis Fuller Victor’s classic The River of the West: The Adventures of Joe Meek, the region’s classic protagonists settle into domesticity only as a last resort. Like other places first created by an idea—whether that idea decidedly belongs to President Thomas Jefferson, the explorers Lewis and Clark, their editor Nicholas Biddle, or to such Oregon promoters as Hall Jackson Kelley—the region was colonized by real people governed by notions of Oregon before they encountered the land that became Oregon. This reality of Oregon is captured in Jones’s work.

As one who contended with literary realism without relinquishing the grand familiar themes of old Oregon, Jones made a lasting contribution to the region’s literature until his death in Seattle, his place of birth, in 1972. 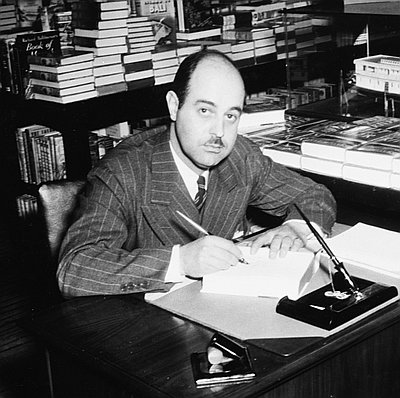