Johnnie Ray was completely different from anything that went before him. . . . I consider Johnnie Ray to be the father of rock and roll.—Tony Bennett

In the early 1950s, Johnnie Ray was arguably the biggest musical star in the world. His emotional singing and sexually suggestive performances earned him the titles "The Prince of Wails," "The Cry Guy," and "The Million Dollar Teardrop," and put him at the top of the music charts. From Sydney to Chicago to London, teenage riots erupted wherever Ray went.

John Alvin Ray was born in Dallas, Oregon, on January 10, 1927, the second child of Elmer and Hazel Ray. From an early age, Ray astounded his family and friends with his musical talents and his penchant for the dramatic. At age twelve, Ray suffered a devastating accident on a Boy Scout trip, which left him partially deaf in his right ear and forced him to perform with a hearing aid throughout his career. The accident had a deep effect on Johnnie and was pivotal in his development as a person and an artist. Speaking about his emotional style of performing, Johnnie revealed: "The basis is sincerity. My need for sincerity traces back to when I was a child and lost my hearing. I became withdrawn. I had an emotional need to develop a relationship to other people."

Ray originally wanted to be an actor, but when he was unable to find dramatic work he focused on singing. He got his big break at the Flame Show Bar, a Black nightclub in Detroit, where he said he developed his distinctive emotional and physical style of performing. He would roam freely across the stage, tear at his hair, wave his sinewy arms, rip down curtains, fall to the floor, contort his face, and let the tears flow. His phrasing was brilliant, and his lyrics were infused with passion and a sense of urgency.

Ray's performances at the Flame Show Bar brought him to the attention of record company executives, and in October of 1951 he recorded "Cry" and "The Little White Cloud That Cried." The songs seemed to be a call to revolution, and they shook the musical world. His record shot up in the charts, stayed at number one for eleven weeks, and eventually sold three million copies.

Ray had more than twenty hits from 1951 to 1958. Several were smashes, including "Please, Mr. Sun," "Here Am I-Broken Hearted," and "Walkin' My Baby Back Home." He made well over a million dollars a year throughout much of the 1950s, sold out shows around the world, and appeared in a number of movies, including There's No Business Like Show Business with Ethel Merman and Marilyn Monroe. But his fame was coupled with substance abuse and an unconventional lifestyle—he was openly bi-sexual in an era when it was against the law to be gay, and he was arrested several times on morals charges. His fame also brought him to the attention of New York high society, particularly Dorothy Kilgallen, who was nationally known for her syndicated newspaper column, The Voice of Broadway, and her role as panelist on the television game show "What's My Line." Kilgallen carried on a very public affair with Johnnie Ray for several years.

Beginning in the late 1950s, Ray's luster began to fade, fueled in part by reports that he was gay and abused drugs. In the early 1960s, he became a casualty of the changing music scene. He seemed to find himself again in the 1970s, when he reemerged as a cabaret singer. Despite his troubles in the United States, he remained popular abroad, particularly in Australia and England, where he continued to draw large audiences until the late 1980s.

Ray gave his final performance in Salem on October 6, 1989, a benefit for the Grand Theatre. He died in Los Angeles of liver failure on February 24, 1990. It was an unfortunate end for a singer who had a dozen gold records; who opened the way for Elvis and the overt sexual energy of rock and roll; and who is credited by the Beatles, Bob Dylan, and Elton John as being a formative influence on their artistic styles. 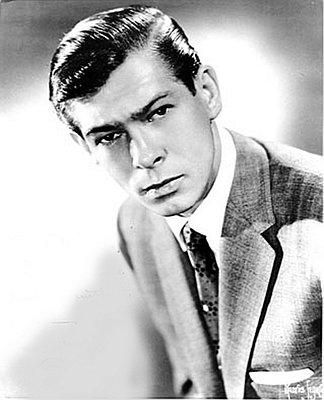 Carl H. "Doc" Severinsen's career began in the 1940s, and more than sixty years later, the famed trumpeter is still going strong and showing no signs of stopping. He still performs and conducts, as well as designs and manufactures instruments for Destino custom trumpets.

Paul Revere and the Raiders

Paul Revere and the Raiders combined a punchy garage-rock sound, Revolutionary War costumes, and a deceptive wholesomeness into a cocktail eagerly consumed by young fans and the music industry in the mid-1960s. The group put Oregon and the Pacific Northwest on the rock-music map.