Helen Margaret Gilkey was a nationally recognized mycologist, a talented botanical illustrator, and a watercolor artist. She was the first woman to obtain a Ph.D. in botany from the University of California, earning her advanced degree from Berkeley in 1915. She then established a career as one of North America's most distinguished botanists and was considered to be the American authority on truffles.

Helen was born to Fannie E. and J.A. Gilkey on March 6, 1886, in Montesano, Washington, one of six children. In 1903, she moved with her family to Corvallis, Oregon, where her father, a horticulturist, was employed as superintendent of the grounds and greenhouses at Oregon Agricultural College (now Oregon State University).

With both bachelor's and master's degrees from Oregon Agricultural College, Gilkey received her master's degree in 1911, with a thesis entitled "Oregon Mushrooms." A year later, she entered a doctoral program at the University of California at Berkeley. The influence and encouragement of the Botany Department head, William Albert Setchell, led Gilkey to further her interest in the taxonomy of the truffle fungi. Her doctoral dissertation, "A Revision of the Tuberales (truffle fungi) of California," was published in 1916. She later joined the faculty as scientific illustrator and anonymously illustrated Willis Linn Jepson's seminal Manual of Flowering Plants of California.

Oregon Agricultural College offered Gilkey a position as herbarium curator in 1918. The herbarium dates to about 1882 and is one of the oldest and most significant in the West. Gilkey was a professor of botany at the university, where she touched the lives of thousands of students. She was also a poet and a supporter of the NAACP, the international peace movement, and environmental causes. She lived with her sister Beulah, a school teacher, in the bungalow-style home their parents had built. After she retired in 1951, she remained active as professor emerita, continuing her research and writing until her death at age eighty-six.

During her academic career, Gilkey wrote or co-authored several books and more than forty scientific articles, including biographical sketches of botanists and an unpublished history of the herbarium at Oregon State. Her botanical portraits often illustrated her writing. Her last book, Handbook of Northwestern Plants (1967), was written in collaboration with LaRea Dennis. In 2004, Willamette University biology professor Sharon Rose honored Gilkey's work by curating an exhibit of prints entitled "Helen Gilkey: The Art of Botanical Illustration" at Willamette's Hallie Ford Museum of Art.

Helen Gilkey received numerous honors and awards, including Outstanding Scientist awards from the Oregon Academy of Sciences in 1952 and the Northwest Scientific Association in 1969. 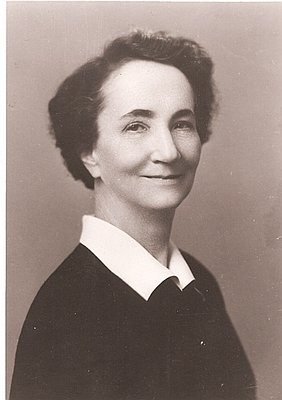 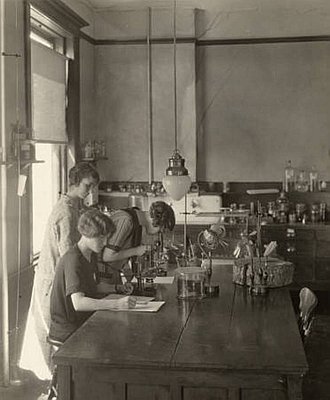 Albert Raddin Sweetser established the University of Oregon Herbarium and for twenty-nine years was a much-loved teacher of botany. He was an early Oregon conservationist and author of many popular natural history articles. Early in his tenure at Oregon, he was appointed State Biologist.

Sweetser was born in Mendon, Massachusetts, …

Carrie Sweetser was a watercolorist, a life-long diarist, and her botanist husband's devoted travel companion. She was married for fifty-two years to Albert Raddin Sweetser (1861-1940), professor of botany and founder of the University of Oregon Herbarium in Eugene. Her surviving paintings, photographs, and diaries provide a vivid picture of …

Elmer Ivan Applegate was an important early Oregon botanist best known for his monograph of trout lilies (Erythronium) and for his role in organizing the Klamath Irrigation District. He was born near Ashland, March 31, 1867, of pioneer stock; he was the grandson of Lindsey Applegate, wagon train leader and trail blazer in …

Georgia Mason was unique among twentieth-century Oregon botanists in that she did not arrive in the Northwest nor begin her serious study of botany in the state until she was in middle age. The summers she spent botanizing alone in the rugged, isolated Wallowa Mountains were in the decade between 1961 and …

Lilla Irvin Leach was an independent field botanist who, with her husband John, systematically collected plants throughout Oregon and other western states. She was particularly interested in the Siskiyou Mountains of Curry County in southwestern Oregon. She and John spent nine summers there between 1928 and 1938, exploring the heart …

The life of Oregon's Thomas Jefferson Howell is surely unique among botanists. The words "untutored" and "impoverished" have often been used to describe Howell, and certainly he was both, but he nevertheless managed to write and self-publish the first book on the regional flora of the Pacific Northwest.