Fortnightly Club of Eugene is a women’s study group started in 1893 “to bring together women interested in artistic, economic, philanthropic, literary, and scientific pursuits with a view of rendering them helpful to each other and useful to society.” The first such organization for women in Oregon, the club was influential in establishing Eugene’s first public library. In 1906, club members spearheaded a campaign that won the first Carnegie grant in Oregon to allow construction of a library building and expansion of the book collection. The purpose of the club in the twenty-first century is “to promote a sense of community among members, a strong intellectual vigor in the group, and to encourage regular attendance and engaging discussions.”

Dr. Alice Hall Chapman, who earned a medical degree from Woman’s Medical College in Philadelphia, was the wife of Charles H. Chapman, the University of Oregon’s second president. In 1893, she convened thirty-two women in a small room over a grocery to propose a women’s literary club, modeled after the Sorosis Club, a New York City literary group whose name was taken from a term designating plants that flower and bear fruit. By January 1894, twenty-two women from the University of Oregon and the community had elected officers and founded the Fortnightly Club of Eugene. Chapman served as president in 1894–1895 and 1898–1899.

The club’s first major project was to form and staff a subscription library, which they established in 1895 in a space downtown made available by a Eugene businessman. An annual fee of a dollar entitled subscribers to borrow one book or magazine per week. In 1902, the club appealed for a city tax levy to establish the city’s first public library, and by 1906 Eugene had the first Carnegie-funded library in Oregon. Fortnightly member Helen Bushnell was the librarian.

Fortnightly raised $1,500 a few decades later to help design a more spacious public library, which was completed in 1959. The club procured a bookmobile for the city three years later. In the 1990s, club members played a key role in the capital campaign for Eugene’s current library, which opened in 2002, and raised $35,000 for a stained glass window for the building designed by John Rose.

Since 1929, the club has been limited to fifty active members who represent a balance between the town and the university. Women of any age, race, or ethnicity, and sexual orientation or gender identity are eligible for membership, which is typically drawn from Eugene, Springfield, and surrounding communities. When vacancies occur, members nominate candidates, who are then elected by the Executive Board. All members pay dues. In 2020, the age of members with active status ranged from forty to the late eighties. After twelve years of active membership, a member may apply for associate status, which relieves her of the requirements of active membership. Members remain on the roster for life.

Active members are required to present a research paper every three or four years and to serve as officers and on committees. During Fortnightly’s first ten years, the topics presented at each meeting centered largely on European and American literature and arts, with an occasional talk on theology and statesmen. In its second decade, programs focused on history, foreign countries, American and world affairs, and American culture and notable figures, as well as the arts and literature. Themes often reflected members’ concern with current events. In 1912–1913, eugenics was the topic of study, and programs during World War I included talks on war and the United States’ role as a world power. The club’s Civics Department suspended its program work in 1917–1918 to assist the Red Cross.

Throughout the years, the study of the status and role of women and children has been of primary interest to members. Immigration was a theme in 1922–1923 and 2014–2015. Two programs were devoted to libraries—one in 1956-1957 and another in 2002-2003, years when libraries were under construction in Eugene. Recent themes include film, food, espionage, the Supreme Court, human migration, humor, money, and the Declaration of Independence.

Fortnightly Club members meet twice a month from October to May. After meeting for years in the library, the Very Little Theater, the YWCA, and members’ homes, the club has rented space in the First Congregational Church since 1957. Officers are elected each year, and standing committees have responsibility for program topics, the club’s relationship with public libraries, membership, and other activities.

Fortnightly Club records are held in the Special Collections and University Archives at the University of Oregon Library. 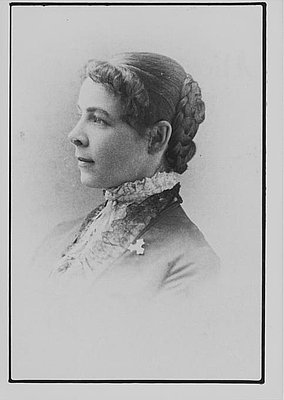 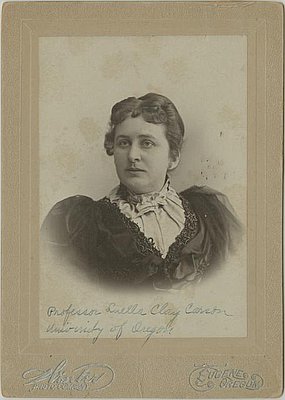 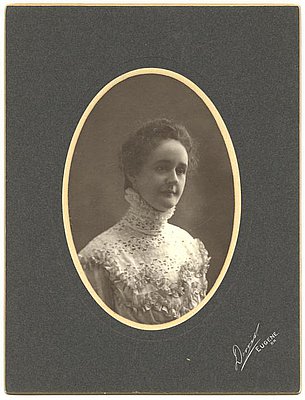 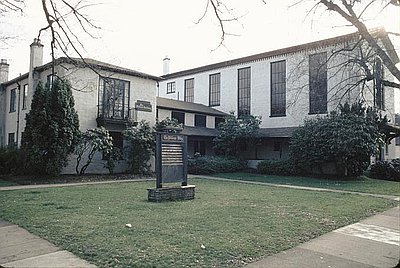 In 1910, the exclusive, all-male Arlington Club built its permanent home at 811 Southwest Salmon Street in Portland. Over a hundred years later, the invitation-only, 600-person club is overwhelmingly male and includes a range of members, from lawyers and politicians to developers and university presidents.

The Dora Friendly Club is a rural women’s club in eastern Coos County that began in 1932, a time when each valley and settlement in that part of the county had a similar club. At its first meeting in Dora on January 20, 1932, the club had nine charter members, several of …

The Portland Women’s Union was the first all-women volunteer organization in the state of Oregon. Its primary mission was to provide a safe and respectable residence for women coming to Portland until they found a job or became married.