Stephen E. Epler, the founder of the Vanport Extension Center—the beginning of today's Portland State University—was born in Brooklyn, Iowa, in 1909, the son of a Disciples of Christ pastor.

Epler's life reflected the Disciples' ecumenism and tolerance. A graduate of Cotner College in Lincoln, Nebraska, Epler did not smoke, drink, or use off-color language. He taught science and coached at the Chester, Nebraska, high school, where he invented six-man football in 1934. In 1936, he moved to New York to pursue advanced studies at Columbia University. In 1940, he became dean of men at Southern Oregon College in Ashland. His Ph.D. was awarded in 1943, with a dissertation on honorary degrees that attracted national attention. He joined the U.S. Navy the same year. After World War II, Epler returned to Oregon and was named veterans' counselor in Oregon's General Extension Division in Portland. He moved to Vanport in January 1946.

Epler proposed the creation of a Vanport Center of the General Extension Division, which the State Board of Higher Education approved in March 1946. Within eighty-six days, Epler had secured buildings and assembled a faculty. The Vanport Extension Center opened on June 18, 1946, with 220 students. Epler expected a fall enrollment of 500; 1,410 applied. The need for public higher education in the Portland area was apparent, and Epler began a drive to convert the Center into a four-year college. He ran into immediate opposition from the existing state schools, private colleges, the State Board of Higher Education, and the legislature, but he continued to advocate for the school.

The Memorial Day flood of 1948 destroyed the Vanport Extension Center, and Epler found new accommodations for the school that summer at Grant High School. In spite of opposition from the chancellor, his appeal to the State Board of Education to continue the Center for another year was successful. He secured buildings at the unused Oregon Ship Building Corporation site, and the Center moved once again. The motto of the school became "The College That Would Not Die."

For ten years, Epler did everything he could think of to gain support for the new college, including encouraging the Center's students, who, he recorded in his diary, were "working hard on a 4 year college." He organized letter-writing sessions, formed an Advancement Committee, served as the chair of the Portland Commission on Civil Rights, and played golf with civic leaders. He served as president of the Northwest Association of Junior Colleges, of the Pacific Association for Adult Education, and of the Oregon Collegiate Athletic Conference.

In 1952, the Center, now renamed Portland State Extension Center, moved to downtown Portland. Epler was passed over as dean and was demoted to the position of director of the Day Division. "I'm having a hard time getting over" not being named dean, he wrote in his diary. Students and faculty expressed dismay and cooperated in his continuing campaign to give the school four-year status. Public opinion in Portland favored a four-year college, and students who had completed two years at the Center were clamoring for upper-division courses.

Finally, in 1955, the State Board of Education recommended the establishment of Portland State College, although with severe restrictions on curriculum and growth. The legislature authorized the new status, but the State Board passed over Epler as president. "It was a blue day for me," Epler wrote in his diary. With no administrative role in the new college, Epler accepted the presidency of Reedley College in California, where he served for five years. He then served as president of the prestigious College of Marin.

In 1966, the State of California selected Epler to found Ohlone College in Fremont, where he remained until he retired in 1975. During those years he was chair of the Legislative Committee of the California Junior College Association and was on the California Community College Chancellor's Advisory Committee. He also served as president of the Fremont Chamber of Commerce.

Epler was fondly remembered by students who attended the Vanport and Portland Extension Centers, and in 1995, Portland State University honored him in a celebration of the school's origins. PSU feted its founder, dedicated the "Vanport Room," made him a PSU professor emeritus, and named its new dormitory Stephen Epler Hall. 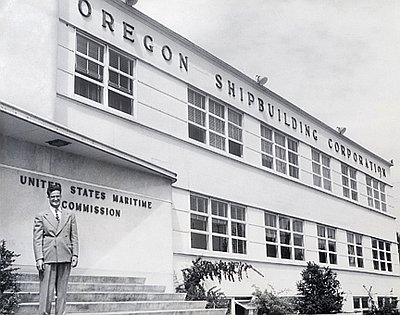 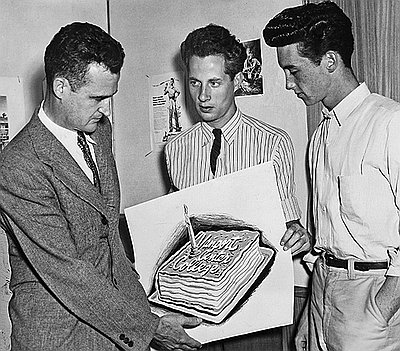 Dodds, Gordon. The College That Would Not Die. Portland: Oregon Historical Society Press, 2000.

Between 1940 and 1943, defense employment in the Portland and Vancouver area climbed from …