Cutler City, the southernmost neighborhood of Lincoln City on the Oregon coast, was established in the early twentieth century as an independent townsite on land previously owned by Charley DePoe, a Siletz Indian. It comprises 393 tax lots on some 178 acres on the southeast edge of Siletz Bay between Schooner and Drift Creeks.  “Uncle Charley” DePoe, who also owned land at present-day Depoe Bay, sold his Siletz Bay property to his friends George and Mary Ann Cutler in 1913. They established a townsite and sold the first lots to Frank Gibbs of Portland, who built a summerhouse in 1913. For a time, the area was known as Gibbs Point. The Cutlers built a cabin for themselves in 1913, but George Cutler died in 1914 and Mrs. Cutler moved to the Willamette Valley. Their son Arthur inherited the property and spent summers at the townsite selling lots.

The townsite developed as an unincorporated resort village of small cottages and, after the completion of modern highways to the coast in 1927, the Siletz Bay Auto Camp, a popular destination. The town was officially named Cutler City in 1930. Though platted, much of the townsite remained densely covered with pine, huckleberry, manzanita, and rhododendron. The North Lincoln Rhododendron Society, organized in 1938, selected Cutler City as its rhododendron capital, and Rhododendron Days were celebrated there during blooming season from 1938 to 1941.

Following World War II, much of the undeveloped land in Cutler City was cleared for new, generally modest, housing, and most of the wild rhododendrons were removed. Some still thrive in the Cutler City wetlands on the southeast edge of the district. In December 1964, Cutler City voted to join Oceanlake, Delake, Nelscott, and Taft to form the municipality of Lincoln City, incorporated on March 3, 1965. The estimated population of 2000 is a variable figure that includes permanent residents and second-home owners who are part-time residents. 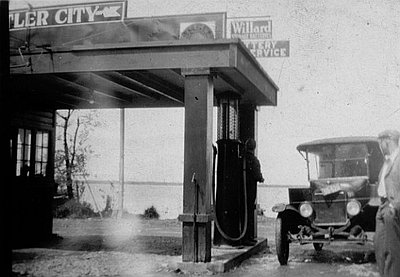 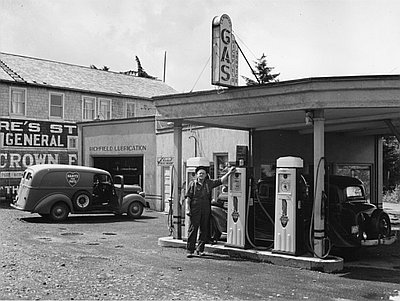 Early in the twentieth century, a string of small beach towns with their own distinctive characters grew up in north Lincoln County. Decades later, five of the towns—Taft, Oceanlake, Delake, Nelscott, and Cutler City—consolidated to form Lincoln City.