The Reverend George Henry Atkinson arrived in Oregon in 1848 as a representative of the American Home Missionary Society, an organization sponsored by Congregational churches. An educational leader throughout his four decades in Oregon, he assumed leadership of the movement to establish a public education system in the Oregon Territory.

Atkinson came from an influential Massachusetts family that was involved in shipping, insurance, and land development. His grandfather, Col. Moses Little, commanded 460 troops at the Battle of Bunker Hill and was a Surveyor of the King's Woods. He also acquired substantial amounts of property in Maine, New Hampshire, and Vermont. George's great-grandfather, Amos Atkinson, owned and operated several commercial sailing ships out of Newburyport, Massachusetts.

George Atkinson was born on May 10, 1819, in Newburyport, and the family moved to Newbury, Vermont, in 1830. A graduate of Dartmouth College and Andover Seminary, he married Nancy Bates of Springfield, Vermont, in 1846. The couple had six children, only three of whom lived to adulthood. Dartmouth awarded him an honorary Doctor of Divinity degree in 1865.

The Atkinsons sailed to Oregon from Boston around Cape Horn. They took with them $200 worth of textbooks, the first schoolbooks sold in quantity in the territory. Within a year of his arrival in Oregon in 1848, Atkinson ordered more books, worth $1,700, most of which were sold through bookstores in Oregon City and Portland.

At the request of Territorial Governor Joseph Lane, Atkinson wrote the education portion of Lane's message to the first session of the Territorial Legislature in 1849. Within two months, the legislature established a system of common schools, following Atkinson’s recommendation.

Atkinson was the first school commissioner of Clackamas County. During his years as pastor of the Portland church, he served three two-year terms as school superintendent of Multnomah County. He wrote frequent columns in the Oregonian, making recommendations to the thirty-one local school boards regarding school buildings, furniture, curricula, staffing, employment policies, textbooks, examinations, and playground management. He also served as an Oregon penitentiary commissioner. In 1865, he visited prisons in seven states, from Maine to California, submitting a report on his findings to the Oregon legislature. In 1880, Atkinson led the response to Oregonian editor Harvey W. Scott's vigorous criticism of Portland's public schools.

In September 1848, Atkinson called the meeting that established the board of trustees of Tualatin Academy (today’s Pacific University in Forest Grove). He served as secretary of the trustees for the rest of his life. He also helped to start academies and seminaries in Oregon City and in Steilacoom and Cheney, Washington. After 1880, he led the process in which Whitman Seminary in Walla Walla, Washington, became Whitman College.

Atkinson made eight visits to New England during his forty years in Oregon, the first in 1852 and the last in 1887. He spoke in churches and schools on behalf of Oregon schools, raising money and recruiting teachers and missionaries. He also addressed business groups on the economic potential of Oregon and the Pacific Northwest. He visited Puget Sound in 1859 and Alaska in 1884, making both trips on behalf of the American Home Missionary Society.

With a wide range of interests beyond churches and schools, Atkinson kept meteorological records, was an avid gardener, and wrote extensively in the Oregonian on the Great Northern Railroad, Indian affairs, and agricultural matters. In 1866, he climbed Mount Hood with a party that included Alphonso Wood, a botanist on the faculty of Dartmouth College; he reported on the excursion in the Oregonian.

Atkinson died of a heart attack in February 1889, while recovering from pneumonia. The Atkinson Elementary School in Portland is named in his honor, as are the Atkinson Memorial Church (renamed the Unitarian Universalist Congregation at Willamette Falls in 2016) and Atkinson Park in Oregon City. 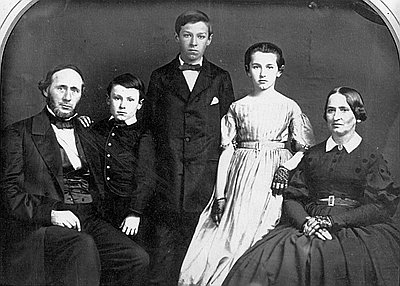 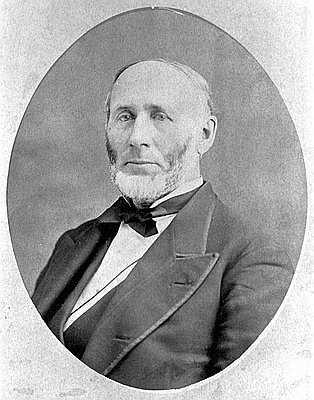 In 1866, the Ladies Sewing Circle, a small group of Portland women from the New England states, led by Mary Frazier, raised $2,000 for a church that reflected their belief in liberal Christianity. They bought land at Southwest 7th and Yamhill and built a structure in 1867. A young minister …