The Alvord Desert, east of the Pueblo Mountains and Steens Mountain and north of the towns of Andrews and Fields, is among the largest playa lakes in Oregon. Playa lakes are formed when rainwater fills shallow, round depressions in the landscape, leaving behind precipitated salt minerals on the earth’s crust upon evaporation. This fault-bounded flat basin is a graben—that is, a basin down-dropped by faulting—about 8 miles wide and 70 miles long. It marks the easternmost part of Oregon’s Basin and Range. Steens Mountain, at 9,773 feet, rises more than a mile above the Alvord Desert, where the average elevation is about 4,060 feet.

The Basin and Range geologic province is slowly extending westward, as faulting in and adjacent to the Alvord Desert remains active. Tectonic activity has uplifted and tilted surrounding ranges, leaving the Alvord playa basin with only internal drainage. Although many streams enter the basin, water can escape only through evaporation.

During the Late Pliocene and Pleistocene, about 3.5 million to 15,000 years ago, Lake Alvord covered all of the present Alvord Desert. Multiple, wave-carved shorelines from at least six episodes of filling and drainage can still be seen on the landscape, especially along the eastern side of the basin. At the close of the Ice Age, 13,000 to 14,000 years ago, a glacial outburst flood from Lake Alvord sent an estimated 40,000 cubic yards per second of water down the drainage of Crooked Creek and into the Owyhee River, dramatically lowering the lake level. An archeological survey of the Alvord Basin, conducted by the University of Oregon in 1975, found a cultural record of human habitation spanning 10,000 years.

Hot springs, including Alvord Hot Springs at the base of Steens Mountain and Mickey Hot Springs, near the Sheepshead Mountains to the northeast, rise through the thin, faulted crust. At Alvord Hot Springs, the best known and most accessible of the two, the natural springs emerge at a temperature of 180° to 170° F. Hot waters are piped to a soaking pool that maintains temperatures of about 110° to 115° F. Numerous, cooler springs lie to the south along the Alvord fault system. Mickey Hot Springs, at the northeastern end of the Alvord Desert, consists of at least 60 different spring vents. Temperatures are similar, averaging 170° F.

Borax Lake, about four miles east of Fields, is also a hot spring site, with springs feeding a small lake. The University of Idaho and the U.S. Geological Survey have mapped 180 other hot springs along a north-south fault that bounds the west side of the small, ten-acre lake. The water level in Borax Lake is higher than the surrounding desert floor. The higher elevation is attributed to deflation (wind erosion) of the desert floor adjacent to the lake, while lake waters cemented the lake banks into a more resistant material than the surrounding sands.

The lake, which is protected as a Nature Conservancy biological reserve, is home to the endangered Borax Lake Chub (Gila boraxobius). The fish is a dark olive-green cyprinid (carp and minnow family) that ranges from one to four inches long and has evolved to withstand the lake’s 100° F. water. A closely related fish, the Alvord chub, inhabits streams and small lakes in the Alvord Desert and on the Sheldon Wildlife Refuge in northern Nevada.

The high levels of borate minerals (borax) along the surface of the Alvord Desert attracted commercial mineral miners in the nineteenth and early twentieth centuries, among them Charles L. Taylor and John M. Fulton, who traveled from Nevada in 1897 to investigate rumors that Harney County contained an endless supply of the raw mineral. Together they purchased Borax Lake (then known as Hot Lake) and 3,000 acres of surrounding alkali deposits. They founded the Twenty Mule Team Borax Company, which was renamed the Rose Valley Borax Company in 1898 following a trademark dispute. Nearly all of the company’s laborers were Chinese, brought in from a Nevada Chinese employment agency; the workers lived on site in sod huts. The company survived under new owner Christian S. Ollgard until 1907, when it became clear that the mines had played out. During its most productive years, the mining operation hauled up to 10,000 pounds of refined borax a day. 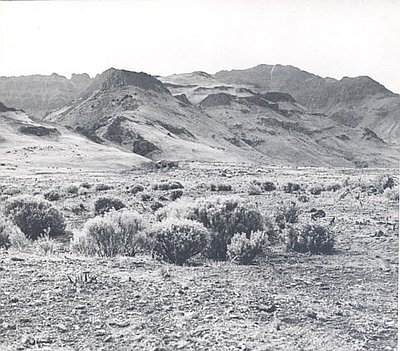 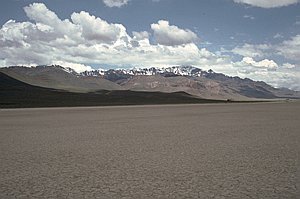 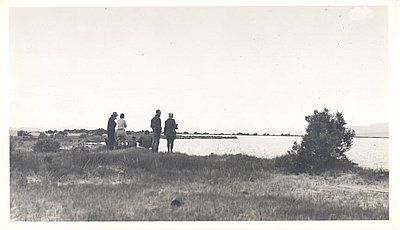 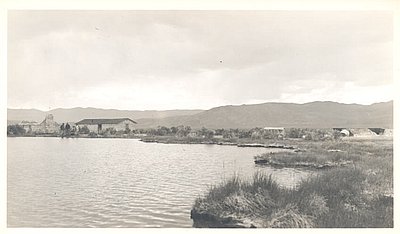 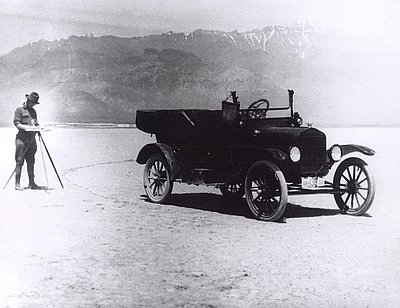