Lewis Raymond Alderman, born and raised in Dayton, Oregon, was an early state leader in education and became a national figure during the first half of the twentieth century when he served in various federal education agencies.

Alderman was born in Dayton on October 29, 1872, to pioneer parents Albert and Charlotte Odell Alderman. An 1898 graduate of the University of Oregon, where he was student body president, Alderman’s dream was to become a lawyer. To earn money for law school, he took teaching and principal positions in Halsey and Brownsville schools. He discovered that he loved teaching, and it was not long before he knew that he had found his profession.

In 1900, Alderman joined the McMinnville schools, first as a principal of Cook School and then as superintendent. In 1904, he was elected Yamhill County superintendent of schools, and two years later he was named superintendent in Eugene, a district with five schools and a hundred teachers.

Alderman returned to the University of Oregon as a professor of education in 1908-1910. While there, he was president of the university alumni association and was invited to speak throughout Oregon in support of a ballot measure authorizing a millage levy for the university. That opportunity gave him statewide exposure, and in 1910 he ran for and was elected state superintendent of public instruction. He served in that position until 1914 when he was invited to become superintendent of the Portland schools, which had seven high schools and a staff of a thousand teachers.

Alderman was one of the state’s earliest leaders in the area of vocational education. In his autobiography, he described his meeting with Simon Benson, an Oregon timber baron, who he encouraged to support the construction of a vocational high school. With Benson’s $100,000 donation, Benson Polytechnic High School in Portland became a reality in 1915. During his five years as superintendent, Alderman continued to build on the city’s vocational training program, instituted “open air schools” (1915), adopted the “platoon system” (which directed students to different teachers throughout the day), strengthened the music curriculum, and advocated for single-story schools to maximize fire safety.

His efforts gained national recognition, and he caught the attention of the United States commissioner of education, Philander P. Claxton. At the end of World War I, there was concern about keeping the troops who were still stationed in Europe occupied. Alderman was invited to join a group of educators to travel in Europe and make recommendations. He saw the U.S. Navy as a natural trade school, and in 1919 the Bureau of Navigation hired him as the first director of education for the navy to develop a system of education for enlisted men.

In 1925, Alderman became head of adult education programs for the U.S. Department of Education. He earned a Ph.D. from American University in Washington, D.C., and served as trustee for the school in 1934-1943. During the 1930s, he worked with Harry Hopkins in President Franklin D. Roosevelt’s Emergency Relief program as the director of education for the Works Progress Administration. The WPA’s History of Education in Portland (1937) described Alderman as “an educator of marked ability…an idealist, liberal, progressive, and a believer in experimentation—a creative spirit in a growing age.” 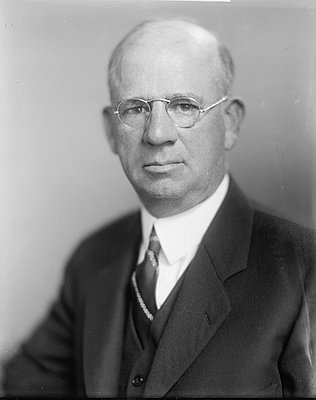 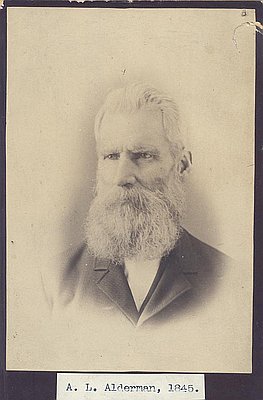