Named after the view that ravens bring to the landscape, Raven Maps and Images in Medford exemplifies niche creative-services. The idea of selling maps as art arose from a 1981 conversation between mapmaker Stuart Allan and marketing entrepreneur Michael Beard. Allan Cartography, Inc., had established a reputation as a specialty mapmaker, and the company was also producing maps for posters and calendars, such as one of Mount St. Helens before and after its eruption. Beard had a network of sales and marketing contacts. After testing the market, Allan and Beard, together with Beard's wife Beppy and Colorado printer Scott McLeod, established Raven Maps and Images in 1986.

In 1987, the company began producing large-format state maps, completing the series in 2003. Raven also created maps of the contiguous U.S. states, North America, and Mexico and features such maps as "One World," which shows the earth in three different axis rotations, and "Landforms of the World," a relief map depicting land heights and ocean depths. Raven has national park maps for Crater Lake and Yellowstone, and its Rocky Mountain map displays nearly one million square miles of the West. Altogether, Raven has sold more than half a million maps.

Raven maps are topographical, which means they provide details of land relief, and most maps show landforms, rivers, county seats, and major highways. The mapmakers at Allan Cartography begin with data from the U.S. Geological Survey and add other historical information as the basis for an aesthetic concept. The artistry comes in orchestrating the elements of the map to support that concept, using color to depict elevation ranges and other spatial information while maintaining legibility, clarity, and theme. No one, the February 18, 1992, Wall Street Journal claims, makes more beautiful maps than Raven Maps and Images—an evaluation that has been echoed by the New York Times, Sunset Magazine, and the San Francisco Chronicle.

Map-building has changed over the years. Stuart Allan learned the craft in the pre-computer days, when cartographers used steel and sapphire engravers, film sheets, large camera, blades, and straight-edges. Early Raven state maps were constructed by layering film sheets that added different aspects and colors to the map to create an almost three-dimensional representation. The process was painstaking: the map of Alaska, for example, took thousands of hours because of the great variety of landforms in the state.

Today, the work is less labor-intensive, using digital tools that allow the same range of colors and shadings and that let mapmakers experiment with design. Digital cartography also has provided new opportunities. In cooperation with the University of Oregon, Raven has produced a digitally re-mastered reproduction of the 1748 Nolli Map of Rome.

The business has changed as well, with the company's size shifting to match the production process and evolving from mail order to phone sales to e-commerce. The core clientele for the company is map-lovers, many of whom give maps as gifts. As for the maps themselves, they have been featured in films such as Sideways, Honey, I Shrunk the Kids, and The Accused and as design illustrations for book jackets such as John McPhee's Assembling California and Annals of the Former World. 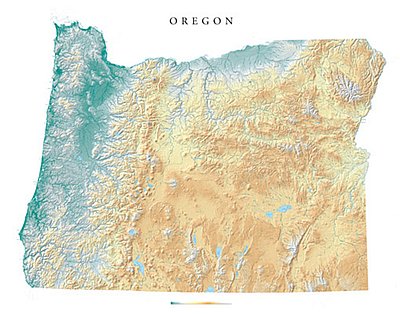 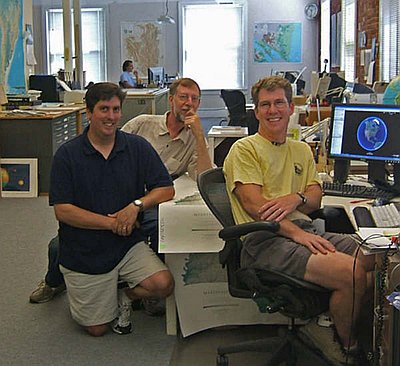 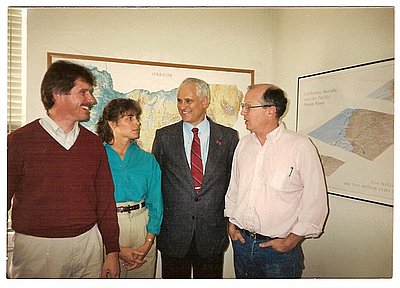 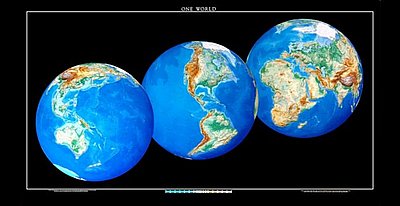 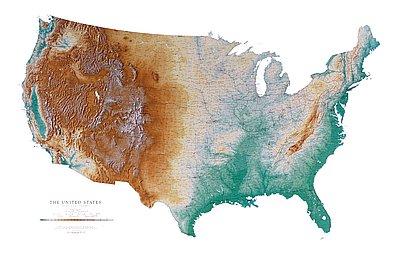 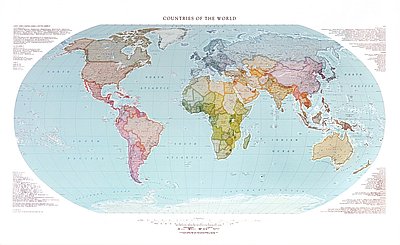