An important landmark for Native peoples and for early white explorers and settlers crossing the central Oregon plateau, Pilot Butte continues to be important to the Central Oregon region.  Although referred to as Red Butte on some early maps due to its characteristic color, the name Pilot Butte prevailed.

This ancient volcanic cinder cone is located in Bend, Oregon, just off Highway 20. It stands 4,138 feet above sea level and 500 feet above the surrounding plains, which allows a panoramic view of nine Cascade mountain peaks as well as the high desert terrain and the entire city. Lava flows from the cone covered no less than 870 acres or 435 Bend city blocks about 200,000 years ago before being surrounded and onlapped by younger lava from Newberry volcano to the south

A popular hiking destination, a trail winds for about a mile through stands of juniper and sage to the summit where visitors can use a historic geodetic marker to identify the mountains. The trail connects with a regional trail system. The top can also be reached by car on a paved road.

Pilot Butte State Scenic Viewpoint has been a state park since 1928, when F.R. Welles, Kempster B. Miller, and Charles A. Brown gave it to the state as a memorial to their friend and business associate Terrence Hardington Foley.  Use of the park has increased dramatically in recent years, and more than 750,000 locals and tourists now visit Pilot Butte each year. 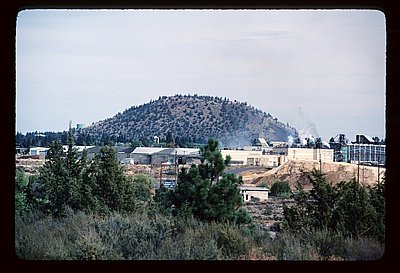 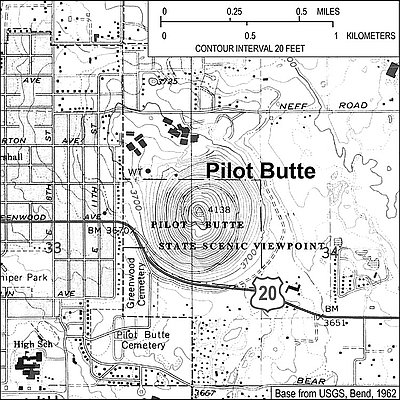