Hold a nugget of Oregon sunstone in your palm, and you will understand why the 1987 Oregon legislature designated it as the official state gemstone. A feldspar member of the labradorite family, it is sometimes called red labradorite. Only in Oregon are sunstones found in fine gem quality. This gemstone is never heated, irradiated, or colored as other gems are, but left entirely natural.

Some Oregon sunstones exhibit a glow from within due to millions of microscopic copper platelets, known as schiller. Colors of the stone vary from clear, champagne, yellow, light pink, salmon, orange, and red to blue-green. Intense red and blue-green are the colors that are most rare. Sometimes, when viewed from different angles, as many as three colors will show within one stone. Sunstone is 6.5-7.2 on the Moh's hardness scale, which means it can be polished, faceted, and carved and made into jewelry.

Sunstone is mined from shallow pits in Lake and Harney counties, where it formed in lava flows millions of years ago. Native Americans valued sunstone nuggets, trading them across western America and using them in Medicine Wheel ceremonies. Sunstone has been found in burial sites and sacred bundles.

Some value the stone for its alleged metaphysical properties, claiming that it holds a positive energy represented by the power of the sun, bestowing prosperity, wisdom, fearlessness, generosity, and mental clarity. 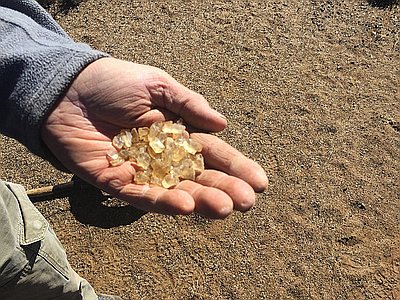 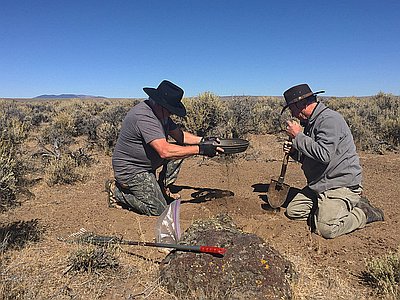