Bushnell University was founded in Eugene in 1895 by Eugene C. Sanderson, a preacher and educator in the Christian Church. He served as its first president from 1895 to 1929. The school has been known by a number of names, including Eugene Divinity School (1895-1908), Eugene Bible University (1908-1930), Eugene Bible College (1930-1934), Northwest Christian College (1934-2008), and Northwest Christian University (2008-2020). Sanderson was a prominent preacher and educator in the Christian Church, having pastored many churches in the Pacific Northwest.

James A. Bushnell was a prominent Junction City businessman and the first chair of the board of trustees from 1895 to his death in 1912. The first library was named the Bushnell Library. He and his wife provided the funds for Sanderson to purchase rare bibles when Sanderson took a leave of absence from 1910 to 1911 and traveled to Europe. The Sarah E. Bushnell Bible and Rare Book Collection, established in 1913, is still a prominent collection in what is now the Kellenberger Library.

Eugene Divinity School was established to prepare Christian Church ministers in the Pacific Northwest as part of the Stone-Campbell Restoration Movement. Barton Stone and Alexander Campbell started the movement in the early 1800s as a way to restore Christian unity by abolishing creeds and focusing on the principles of the early church as shown in the New Testament. Sanderson strongly believed that ministers should have a solid liberal arts background as well as a strong ministerial foundation. He located Eugene Divinity School next to the University of Oregon so students could take advantage of the liberal arts program there, while the divinity school focused on such courses as theology, bible study, oratory, and music.

Many Christian Church ministers and missionaries have been educated at Bushnell University, including Everard Roy Moon, who with his wife Bessie served in the Democratic Republic of the Congo from 1909 to 1923. The Louis H. Turner Museum at Bushnell U holds a large collection of items from the Congo and East African countries, where many Bushnell U graduates served. Another prominent alumnus is Frank Morse, former president of Morse Brothers construction company and an Oregon state senator from Albany.

The university occupies two and half blocks between the University of Oregon and PeaceHealth Sacred Heart Medical Center University District, centered on East 11th Avenue and Alder Street in Eugene. The campus includes the Martha Goodrich Administration Building, constructed in 1908 of volcanic stone from southern Oregon. It is the oldest building on campus. Other facilities include the Edward P. Kellenberger Library, the Lottie Price Music Building, the Burke-Griffeth Residence Hall, the Morse Event Center (with athletic facilities), the Pomajevich Faculty Building, the Education and Counseling Building, the Professional Studies Building, the Mom Richart Apartments, and the Hilyard Apartments.

In the twenty-first century, Bushnell University continues to prepare students in ministry, liberal arts, business, education, and counseling programs. Bachelor’s and master’s degrees are offered in undergraduate and graduate programs, with courses offered on campus, online, and in hybrid formats. The university began with five students in 1895 and one faculty member. In 2020, there are over 800 students taught by over 30 fulltime faculty. 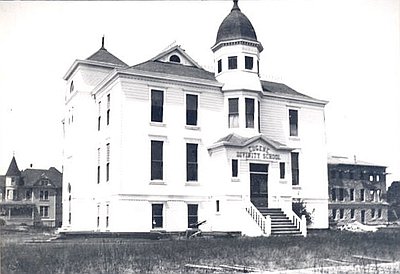 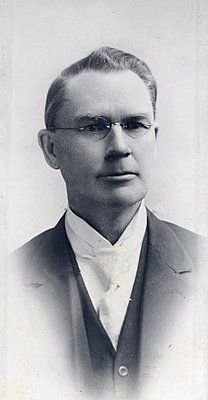 Eugene Claremont Sanderson was a Christian minister and educator who founded Eugene Divinity School (now Bushnell University), where he was president for thirty-four years. He also was a founder of Pacific Christian Hospital (present-day Sacred Heart Medical Center) in Eugene and four Christian colleges in other states. Sanderson was passionate …