Edison Marshall was a nationally known author and adventurer who once told Grit magazine: "I went after the two big prizes, fame and fortune, and I got them both." Born on August 29, 1894, in Rensselaer, Indiana, he moved to Medford in 1907, when his father George Marshall bought into the Rogue Valley orchard boom. Growing up in what is now the South Oakdale Historic District, Marshall nurtured his love of literature through his father's library of classics.

Marshall graduated from Medford Senior High in 1913 and attended the University of Oregon from 1913 to 1916. While a freshman at the university, he sold his first story to Argosy magazine, giving him the confidence to pursue writing as a career. He joined the U.S. Army in 1918 and was stationed at Camp Hancock, Georgia, where he met and married Agnes Sharp Flyth. Together, they moved to Medford within a few blocks of the Marshall family home. Their two children, Edison Jr. and Nancy Silence, were born in Medford.

In 1921, Marshall won the prestigious O. Henry Award for "The Heart of Little Shikara." He also sold stories to pulp magazines and published several adventure books, including The Strength of the Pines (1921), which was set in Oregon, and sometimes wrote under the name of Hall Hunter. Agnes Marshall, who had grown up in the South and brought with her to Oregon a Black servant and maid, never quite fit into Medford, and in 1926 her homesickness for Georgia prompted the family to move permanently to Augusta.

Throughout the 1930s, Edison Marshall was a regular contributor of serial novels to Good Housekeeping magazine, with his name featured on the covers. He traveled around the world and earned a reputation as a big game hunter and adventurer in search of story material. He lived a quiet rural life in Georgia, claiming that he never read other contemporary authors. In 1941, he returned to novels with the publication of the historical romance Benjamin Blake, a Literary Guild selection and a huge success. Many popular novels followed during the next twenty-plus years—fictional narratives based on historical figures, including The Upstart, Yankee Pasha, Infinite Woman, and Castle in the Swamp. Readers who know local history and names can catch references to his Oregon roots in his writing.

Marshall’s first screen credit was Snowshoe Trail in 1922, followed by four more silent movies and five "talkies" based on his books. Most notable of the movies were the 1942 Son of Fury, based on Benjamin Blake and starring Tyrone Power, and The Vikings in 1958 with Kirk Douglas.

Marshall frequently returned to southern Oregon to visit family and friends, and his visits were highlighted in the social pages of the Medford Mail Tribune. He died on October 29, 1967. 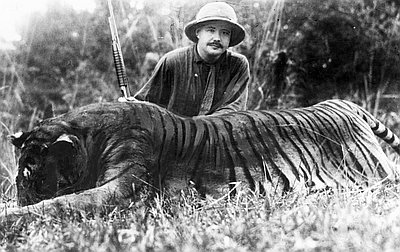