Of the many Winter Olympics success stories from the Pacific Northwest, one of the most compelling is that of Chris Klug from Bend. In 2002, he won the bronze medal in Giant Slalom in snowboarding and became the first organ transplant recipient in history to win an Olympic medal.

Klug, who was born in Vail, Colorado, on November 18, 1972, grew up in the shadow of Mount Bachelor in central Oregon. He began competitive snowboard racing at the age of eleven and by his junior year at Mountain View High School was on the World Cup circuit full time.

In 1991, Klug was diagnosed with primary sclerosing cholangitis, a rare degenerative bile duct condition. He continued to compete at a world-class level through the 1990s, winning the U.S. Open slalom in 1997 and the International Ski Federation (FIS) World Cup at Grachen, Switzerland, in 1998. That same year, while on the wait list for a life-saving liver transplant, he finished sixth in the Olympic Games at Nagano, Japan.

On July 28, 2000, Klug received a perfectly matched liver and four months later was back on the World Cup circuit. Within six months, he had won the FIS World Cup in Parallel Giant Slalom. The next year, he competed in the Salt Lake City Winter Olympics, where he fulfilled a life-long dream and won the bronze medal.

In 2004, Klug started the Chris Klug Foundation to promote awareness of and participation in organ and tissue donations among young people. He is the author of To the Edge and Back: My Story from Organ Transplant to Olympic Snowboarder. Although he failed to make the U.S. Olympic team in 2006, he is the reigning 2008 North American snowboarding champion. Klug and his wife Melissa divide their time between Aspen, Colorado, and Sisters, Oregon. 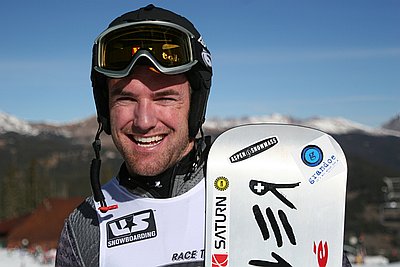 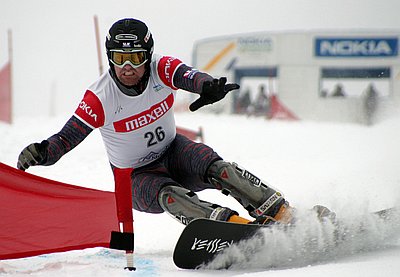 Klug, Chris. To the Edge and Back: My Story from Organ Transplant to Olympic Snowboarder. New York: Carroll & Graf, 2004.