John Colter was a member of the Corps of Discovery, commanded by Meriwether Lewis and William Clark. He was among the majority of the party that, while huddled at stormy Station Camp on the north bank of the Columbia in late 1805, voted for crossing the Columbia to winter on the Oregon side rather than return to drier country upstream.

Born and raised in the Shenandoah Valley, reportedtly near Staunton, Colter was among several Virginians who Lewis selected as the Corps’ boatmen in late 1803. He filled several roles for the expedition. During the ascent of the Missouri, he was one of the main hunters. By August–September 1805, because of his self-reliance and dependability, Colter was regularly dispatched as a courier between the separate groups as they struggled over the rugged Lolo Trail in the Northern Rockies. Lewis and Clark also entrusted to him such independent tasks as finding lost horses and recovering mislaid critical supplies. Lewis and Clark named Colter Creek in his honor (now Potlatch River in Nez Perce County, Idaho).

While the rest of the expedition camped in relative dryness at Fort Clatsop near present-day Astoria, Colter and several other men spent much of the rainy Oregon winter of 1805-1806 about twenty miles distant at present-day Seaside, boiling gallons of seawater to produce sufficient salt for curing elk meat. Later that winter, Colter was one of the hunters who kept Fort Clatsop well supplied with elk. He was also among the small group that on January 8, 1806, accompanied Captain Clark south from the salt camp to see “that monstrous fish," a whale that had washed up near present-day Cannon Beach. It was the farthest southern point in Oregon that the expedition would travel.

During the 1806 return trip down the Missouri, Colter obtained Captain Lewis’s permission to leave the expedition and join two free (independent) trappers on what would be the farthest-west foray that American trappers had yet ventured, into the Yellowstone River country. Between 1806 and 1810, while he helped Manuel Lisa initiate the St. Louis-based fur trade of the Northern Rocky Mountains, Colter earned enduring fame as one of the first American mountain men. He explored much of present-day northwestern Wyoming and central Montana.

In 1810, after once again narrowly escaping death at the hands of a Blackfoot raiding party, Colter declared that he would “leave this country day after tomorrow—and damned if I ever come to it again." Returning to St. Louis over six years after departing from its waterfront with Lewis and Clark, Colter spent his remaining years as a neighbor of Daniel Boone farming on the Missouri River frontier. 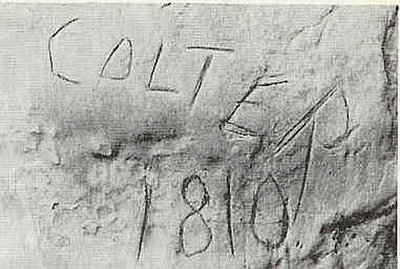 Built in 1805 near present-day Astoria, Fort Clatsop was the winter quarters for the Corps of Volunteers for Northwest Discovery, more commonly known as the Corps of Discovery or the Lewis and Clark Expedition. Sent by President Thomas Jefferson, the Expedition had as its assignment the exploration of the Missouri …