In 1920, when a wagon road connected Bend with Elk Lake thirty-five miles to the west in the Deschutes National Forest, outdoor recreation boomed in the area. National forest campgrounds were built, summer home sites were leased, and Elk Lake Lodge was constructed in 1922. By 1924, there was an Elk Lake post office. The U.S. Forest Service ranger in LaPine, who relocated to Bend in 1933, soon needed a summer forest guard in the Elk Lake country to serve visitors, maintain facilities, and prevent and fight fires.

The forest guard needed a base, and the Elk Lake Guard Station, a satellite of the ranger station, was built in 1929 on the northwestern shore of the lake. During the 1930s, the guard station was staffed as funds were available. Beginning in the summer of 1933, when no forest guard was assigned, Forest Supervisor Carl B. Neal’s wife and daughter occasionally stayed at the log cabin. Eventually, forest guards were assigned for the summer seasons.

Neal had the station cabin—along with some summer homes—moved back from the lakeshore to its current site on the northwest side of the lake before World War II so structures would be less visible from the water. The pack station that had occupied the site was moved to the Elk Lake Trailhead.

Elk Lake Guard Station was in continuous summer use from the 1940s into the 1990s. During those years, the forest guard communicated with the district ranger in Bend and with other guard stations and fire lookouts, first by telephone and later by radio. Bill Pies of Redmond, a fire dispatcher until his death in 2002, served during the summers of 1970 through 1976 as Forest Service field supervisor of law enforcement at Elk Lake Guard Station. “My wife was an intermittent [employee],” he remembered in 1997, “selling maps, issuing wilderness permits, monitoring radio use, and answering a bazillion tourists’ questions.”

In 1997, the Forest Service decided to retain and restore the deteriorating Elk Lake Guard Station—along the popular Cascade Lakes National Scenic Byway—as a visitor information center and historic site. Between 1998 and 2001, Forest Service personnel and Passport in Time volunteers restored the cabin and rehabilitated its grounds. On August 25, 2001, in a ceremony to reopen the station, Forest Supervisor Leslie A. C. Weldon and District Ranger Walt Schloer sawed a log with a misery whip, a two-person crosscut saw.

Every summer since, trained and uniformed volunteer Forest Service information and interpretation specialists have staffed the station for the thousands of people who visit each summer. Visitors receive not only information and other assistance but also a feel for how forest guards lived and worked during the middle decades of the twentieth century.

Elk Lake Guard Station was listed on the National Register of Historic Places on April 23, 2009. 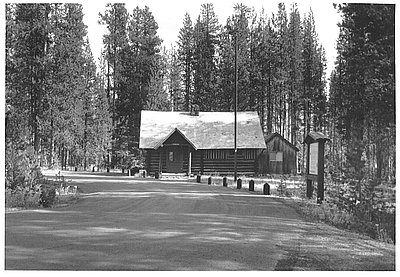 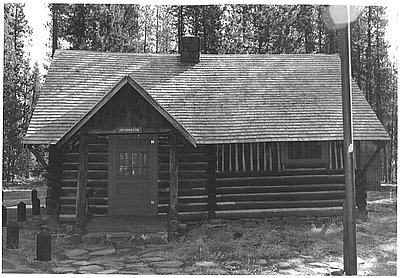 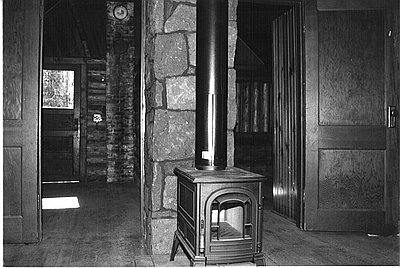 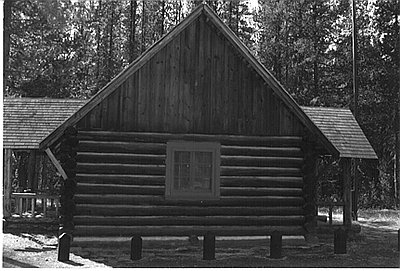 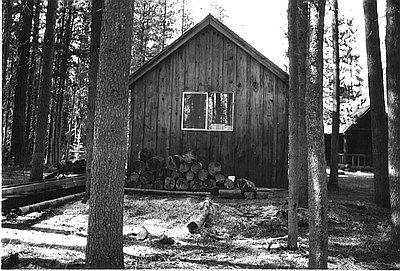 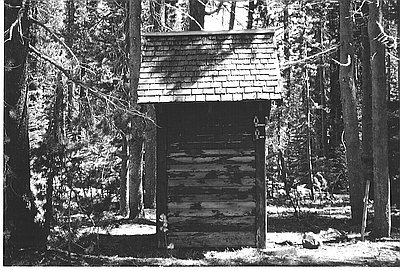 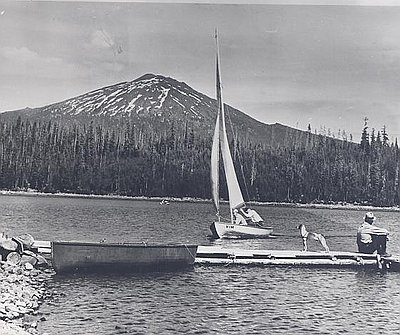 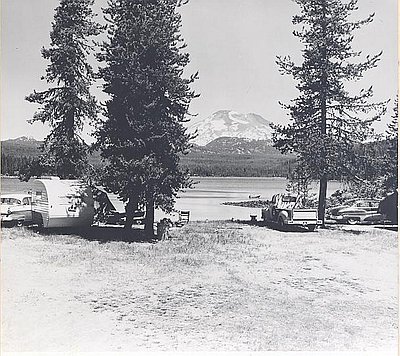 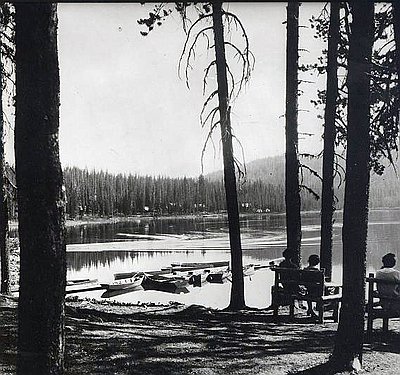 The Civilian Conservation Corps built Paulina Lake Guard Station in 1938 on the south shore of the larger of the two lakes within the Newberry Caldera on the Deschutes National Forest. As a satellite of a U.S. Forest Service ranger station, the guard station was staffed by a seasonal forest …