Susan Castillo was the first Latina elected to the Oregon State Legislature and the first to hold statewide elected office as superintendent of public instruction. She was also the last person to fill that post, which was abolished by legislation in 2011. Castillo made important legislative and policy contributions to Oregon and has provided leadership during challenging times for education in the state and the nation.

Born in Los Angeles on August 14, 1951, Castillo grew up in an extended family that included grandparents who were first-generation immigrants from Mexico. Her father was a deputy sheriff, and her mother was a factory worker. Her mother, who ended her formal schooling in the eighth grade, told Castillo and her brothers that it was better to earn their living with “brains rather than our backs,” and, as Hispanic Perspective reported, Castillo made the “connection between education and opportunity.”

Despite her mother's advice, Castillo later remembered that no one at her high school talked with her about college, perhaps because she was a Latina. She did take some courses at a local junior college before moving to Oregon, where she worked as a secretary for Pearl Spears Gray, the director of the Affirmative Action Office at Oregon State University (OSU). Gray became her mentor and encouraged Castillo to enroll in courses. In 1982, she earned a bachelor of arts degree in communications from OSU and before long had a position as a broadcast journalist at KVAL-TV in Eugene.

Castillo had an interest in policymaking and politics, especially concerning education, and she sought appointment to the vacant Oregon State Senate seat for Lane County. On January 17, 1997, when she was sworn in as a Democratic state senator, Castillo became the first Latina to serve in the Oregon legislature. During her years in the state senate, from 1997 to 2002, she was vice chair of the Education Committee (1999 to 2001) and worked for women’s rights, including sponsoring a successful 1997 bill requiring Oregon insurers to provide equal prescription coverage for contraceptives for women. She also sponsored bills on farmworker and immigrant rights, voter registration, and the tracking of pesticides. Castillo served on the Oregon Commission on Hispanic Affairs and the Governor’s Advisory Committee on Agricultural Labor.

With Senator Margaret Carter, Castillo filed a successful Freedom of Information Act request to require the U.S. Census Bureau to make its adjusted population count available to all local and state governments. The 2000 undercount affected communities of color in particular and could have prevented important federal funding for many social and infrastructure programs distributed by population. The U.S. Court of Appeals upheld the senators’ request in October 2002, and the Census Bureau made the adjusted count public.

In 2002, Castillo won election as Oregon superintendent of public instruction and held that office from January 3, 2003, to June 30, 2012—a year when the state system served 500,000 students. She was an advocate for students of color and those from low-income households, supporting increased Head Start coverage, full-day kindergarten, and English for second-language learners. She sponsored awards for schools with the best records for educating all students and worked to prioritize teacher training for diverse cultural competencies in the curriculum.

Castillo petitioned the federal government for exceptions to the No Child Left Behind Act, to revise measurements of student success in math and reading, and to focus on graduation rates. During her tenure as superintendent, Castillo was criticized for not moving quickly enough to prevent delays in implementing stronger high school diploma standards and graduation rates, which were just 66 percent in 2009 and 2010 and 67 percent for students graduating in 2011.

Castillo resigned as superintendent on June 30, 2012, and joined the nonprofit education organization Project Lead the Way as its western regional vice president. She is married to Paul Machu, an educator and a director and producer of film and news programs in Eugene. 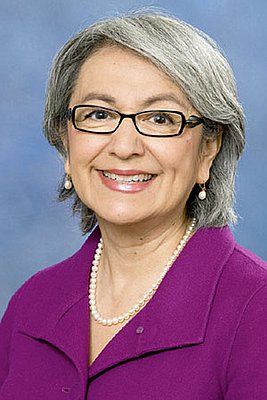