Butte Falls, a community of slightly over 400 people, is the smallest incorporated city in Jackson County. Located on the densely forested Big Butte Plateau in the Cascade Range in southern Oregon, the town's name comes from nearby Butte Falls, a ten-foot-high basalt ledge across Big Butte Creek.

By the early 1890s, a post office named Big Butte served the plateau’s ranchers. In 1906, the Butte Falls Sugar Pine Company built a sawmill at the falls and platted a town site on the flat immediately above Big Butte’s canyon; a larger mill soon followed.

The tiny community of loggers and millhands grew dramatically after 1910, when the Pacific & Eastern Railroad (P&ERR) arrived from the main rail line in Medford. The boom included a modern schoolhouse, a hotel, and the Pine Belt Bank. The P&ERR—rumored to have the backing of railroadman James J. Hill—never extended beyond the town. It did, however, provide access to extensive stands of pine and fir on the plateau, both on national forest and private land.

After 1918, logging-railroad spurs penetrated the woods east of Butte Falls. In the mid 1920s, the Wisconsin-based Owen-Oregon Lumber Company, after acquiring thousands of acres of timberland, purchased the railroad and built a large modern lumber mill in Medford.

Although Butte Falls was not a company town, its fortunes were linked closely with those of Owen-Oregon and later its successor, Medford Corporation (Medco), during the Depression. Owen-Oregon/Medco railroad-logging camps housed town residents during the booms of the 1920s and the 1940s and 1950s. A U.S. Forest Service ranger station, established in the 1930s, employed many others.

With the postwar truck-logging boom, Medco ended its railroad operations by the early 1960s, relying instead on gyppo (independent) logging crews and truckers. Still, the vitality of Butte Falls—which was proud of its championship high school basketball teams, the Loggers—remained closely tied to Medco’s policy of sustained-yield harvest of its timberlands. By the 1970s, Medco had become a vertically integrated wood-products company and one of the 1,000-largest corporations in the nation.

Steady paychecks for some Butte Falls residents began to come to an end after financier Harold Simmons acquired Medco in a hostile takeover during the 1980s. The Dallas, Texas, millionaire had a history of gaining control of companies, busting the unions, and liquidating assets at a hefty profit. Simmons, following the “cut-and-run” model of forestry, harvested virtually all of Medco’s commercial-sized timber surrounding Butte Falls and then sold off the lands and mills. As a result of that policy, and with increased restrictions on federal timberlands, logging jobs became scarce.

Shortly thereafter, the Forest Service consolidated the Butte Falls Ranger District with a neighboring unit, and the town was left with fewer government employees. The town’s average per capita income declined substantially, until by 2000 it was $11,500. (By then, billionaire Harold Simmons, the “corporate raider” whose actions led to the loss of valuable milling and future forest operations, had gained national attention by bankrolling the “Swiftboating” campaign against Democratic presidential candidate John Kerry in 2004.)

Various ideas to rejuvenate the town’s economy have been proposed, including selling bottled “mountain spring water” from a nearby spring and a sightseeing railroad train to be pulled by a restored Medco locomotive. The town’s traditional “old-fashioned Fourth of July celebration,” in which the parade’s participants circle through town twice, brings visitors, as does hunting season. 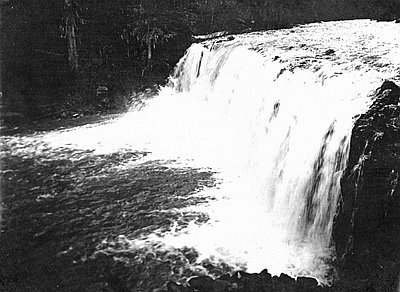 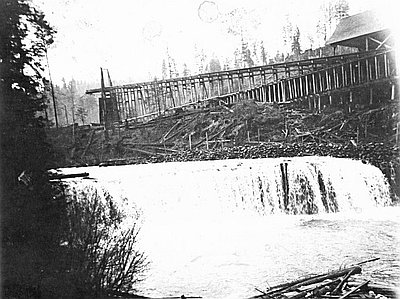 The term “gyppo logging” refers to timber harvesting conducted by small, mobile, independently owned companies that rely on contracts with larger logging firms, sawmills, or timber owners. The origin of “gyppo” remains unclear, though it emerged in early twentieth-century labor conflicts with the Industrial Workers of the World (IWW) in …