The Bomber Restaurant and Catering

When Art Lacey, a young pilot and gasoline station owner, envisioned combining his two passions into a business, people questioned his sanity. The Bomber, located in Milwaukie, Oregon, was once a gas station and is now a restaurant with a vintage World War II B-17 G bomber—known as the “Flying Fortress”—prominently exhibited in its parking lot. It is quintessential Americana and an Oregon landmark.

Art Lacey purchased the retired war bird at an Air Force base in Oklahoma and flew it to Oregon in 1947. His first attempt resulted in a crash, but that didn't stop him. He finally got it home and hoisted the plane up over the family-owned forty-pump gas station—the largest single-volume gas station in the United States in the 1960s—and it now sits off to the side of the home-style restaurant that serves up Bomber Burgers, chicken-fried steaks, and thick shakes. On most mornings, customers can find World War II veterans and their families dining in the restaurant, a ritual some have followed since the restaurant opened.

The property also has a children's playground and a museum, which is dedicated to World War II and houses an extensive collection of war memorabilia. Veterans meet here regularly to share stories.

The Bomber is a one-of-a-kind establishment, a place for classic American food and a reminder of times past and the men and women who served in World War II. 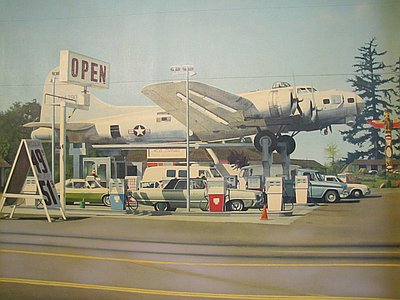 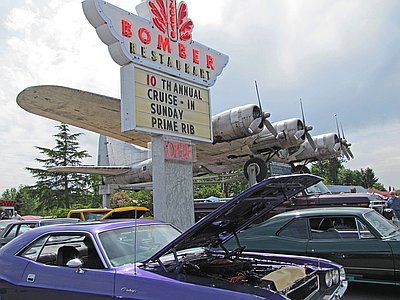 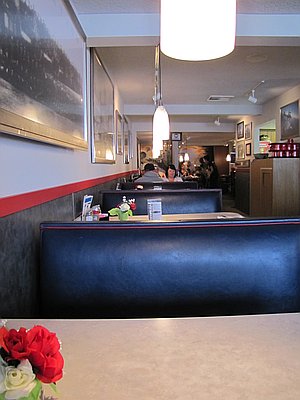 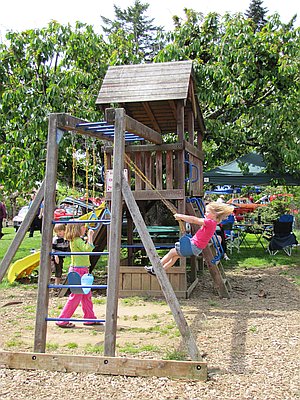 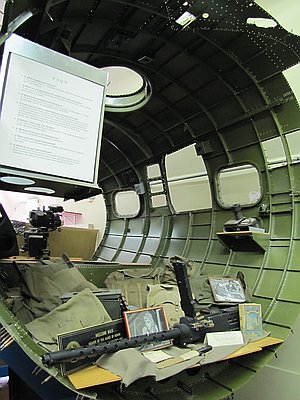 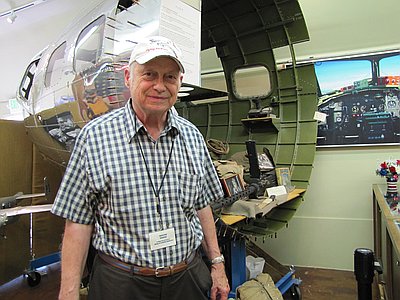 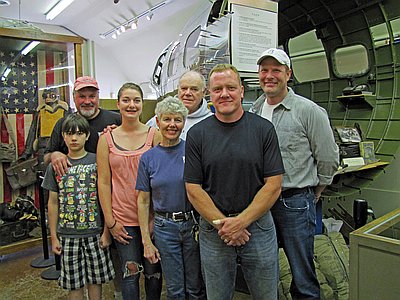 Bomber, The, 1960s
The Bomber, 1960s.
Copyright The Bomber Restaurant and Catering