When Norman Best finished his last surveying job on Interstate 90 in 1972, he ended forty-eight years of productive labor on highway construction projects. He had always valued his work and his life in the trade-union movement, where he had been a political activist, union organizer, and member of the Communist Party.

In 1931, Best had been part of a crew that surveyed the first all-weather highway between Mapleton and Florence along the Siuslaw River. There, he witnessed how contractors compromised the quality of expensive road-surfacing projects. A year later, he was with the survey party marking the route of the first highway through Santiam Pass in the Oregon Cascades for the U.S. Bureau of Public Roads. Only twenty-six years old at the time, Best admired senior members of the crew for their personal integrity, knowledge about surveying, and their commitment to quality work.

Best remembers both of these experiences in his remarkable memoir, A Celebration of Work, published in 1990. Written while Best and his wife Catherine lived in Ellensburg, Washington, the memoir tells the story of workers' struggles for dignity and meaning in the workplace.

Born in Prairie Farm, Wisconsin, in 1906, Norman Best was only a year old when he moved with his family to Coeur d'Alene, Idaho. In that small logging and sawmill community, he learned craftsmanship and mechanical skills in local repair shops and worked on road construction. After three years at the University of Washington, he returned to northern Idaho and landed his first highway surveying job in 1930.

Best's six years in the Communist Party (1938-1944) coincided with the U.S. and Soviet Union struggles against Nazi Germany. He left the party because it violated his sense of republicanism, the notion that political power arises from the people. Because he carried with him childhood admonitions to live by the Golden Rule, Best better fits the profile of a Christian socialist.

Norman Best died in Ellensburg, Washington, in 1995. The memorial celebrating his life was held in the local labor temple. 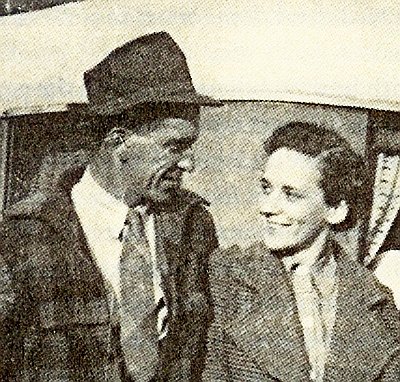