John Bain, a Portland-area youth soccer coach, spent many years in Oregon as a player for the Portland Timbers and as a coach of professional, amateur, and youth soccer teams. His efforts helped to change forever the sport in Oregon, particularly at the youth level.

Bain was born on June 23, 1957, in Falkirk, Scotland. His father worked as a scout for Bristol City, an English soccer club. Bain signed with the club at the age of seventeen but did not play on the first team. Bristol loaned him to the Brentford Football Club (FC) for the 1976-1977 season. He returned to Bristol for the 1977-1978 season before transferring to the Portland Timbers of the North American Soccer League (NASL) in 1978. Prior to his move to the United States, Bain played on Scotland’s under-18 and under-21 national teams.

Bain played his first season for the Timbers in the summer of 1978 before being sold to the team in March the following year. He remained with the team until it folded in 1982. In five seasons of playing for the Timbers, Bain became the all-time leading scorer, with forty-five goals and fifty-five assists, a record that still stands. Bain also played on the Timbers indoor team from 1980 to 1982, adding another twenty-eight goals in thirty-three games.

In 1989, Bain returned to Portland as player/coach for the Portland Timbers of the Western Soccer League (WSL). Art Dixon and Clive Charles began the team as FC Portland, with Dixon reincarnating the name of the Timbers for the 1989 season. That same year, Bain was selected to the All Star list of the WSL. When the WSL merged with the American Soccer League to form the American Professional Soccer League in 1990, Bain returned as a player/coach. The team folded at the end of the season.

Bain continued with his coaching career as head coach of the Mountain View High School boys' team in Vancouver, Washington, leading his team to consecutive state championships in 1991 and 1992. The following year, he returned to Portland once again as a player/coach, this time for the Portland Pride of the Continental Indoor Soccer League. He stayed with the team until 1996. He also served as an assistant coach at the University of Portland under fellow former Timbers teammates Clive Charles and Bill Irwin.

Bain now coaches for Westside Metros, a youth soccer club based in Beaverton. The club is one of the most successful programs in the state, having produced players like Danny Mwanga, the 2010 Major League Soccer number one overall draft pick. He also oversees the Beaverton Cup, one of the largest youth soccer tournaments in the state.

John Bain has influenced the lives of hundreds of young Oregonian soccer players since his arrival in the state in the late 1970s. Through his work with the Westside Metros and his many other coaching efforts, he has contributed to the explosion in both the quality and quantity of youth soccer in Oregon. 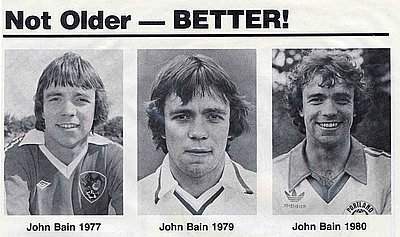 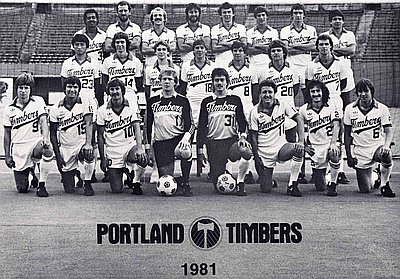 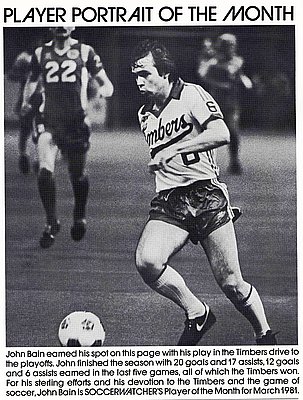 Clive Charles was a soccer player and coach who left an indelible mark on Oregon soccer culture. He joined the Portland Timbers in 1978 and went on to coach the University of Portland men’s and women’s soccer teams and the U.S. men’s Under-23 National Team.

Local soccer aficionados may remember the glory days of the Timbers—the 1970s and early 1980s, when Portland was known as Soccer City USA. With players such as Clyde Best, Stewart Scullion, and Peter Withe and coaches Vic Crowe and Don Megson, the Timbers packed Civic Stadium with fans. In its …

The Portland Timbers soccer club came into existence in January 1975. By the end of the season, the local media were calling the Timbers the biggest sports story of the year.

Unlike the NBA’s Trail Blazers and the World Football League’s Storm, the Timbers were locally financed, drawing investment …